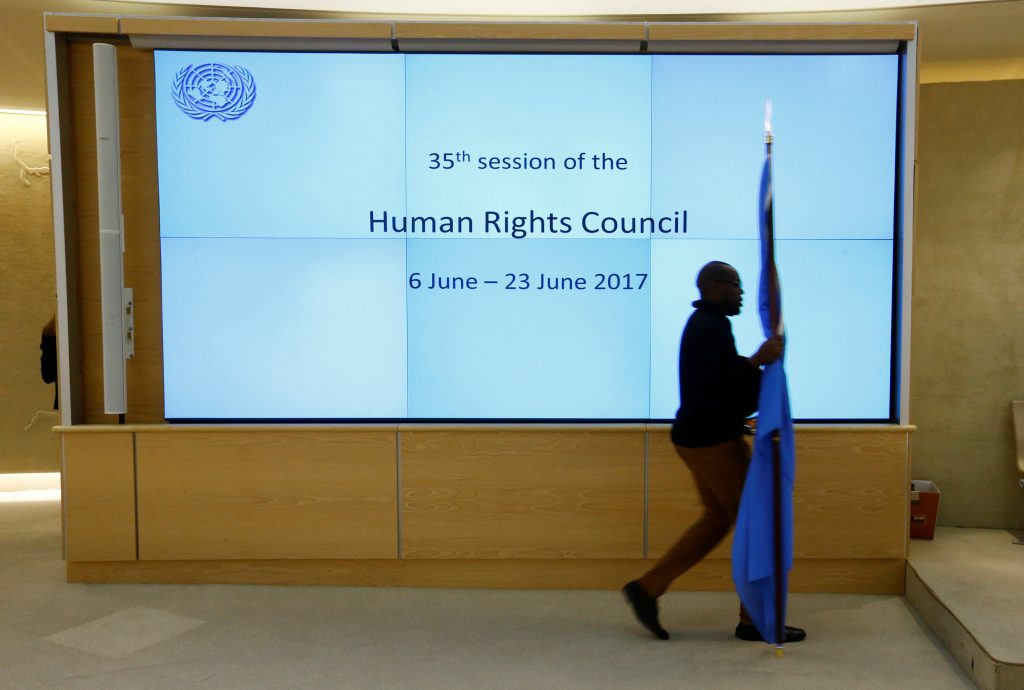 The Trump administration gave formal notice on Tuesday that it is reviewing its participation in the U.N. Human Rights Council and called for reforming the body to eliminate what it called its “chronic anti-Israel bias.”

“The United States is looking carefully at this Council and our participation in it. We see some areas for significant strengthening,” Nikki Haley, U.S. ambassador to the United Nations, told the Geneva forum, opening a three-week session.

The Council’s critical stance of Israel has long been a contentious issue for the United States, Israel’s main ally. It has taken a strong position against Israel’s treatment of Palestinians, and its building of Jewish communities in Yehudah and Shomron.

Washington says the Council is stacked with opponents of Israel and boycotted it for three years under President George W. Bush before rejoining under Barack Obama in 2009.

Haley said the United States was dedicated to protecting human rights, which are closely linked to peace and security.

The 47-member forum adopted five “biased” resolutions on Israel and the Palestinian territory at its March session, but never even considered a resolution on Venezuela, she said.

She called for the Council to address serious human rights violations in Venezuela and for the government of President Nicolas Maduro to address them.

“If Venezuela cannot, it should voluntarily step down from its seat on the Human Rights Council until it can get its own house in order. Being a member of this council is a privilege, and no country who is a human rights violator should be allowed a seat at the table,” she said.

Haley will host an event on the sidelines of the Council later in the day on what she called the “rapidly deteriorating human rights situation” in Venezuela. At least 65 people have died in the unrest since early April, with hundreds more injured.

Venezuela’s delegation, speaking at the Council on Tuesday, said that the forum “needs to be free of politicization and double standards.”

Haley called for the council to adopt strong resolutions on abuses in Syria, Eritrea, Belarus, Ukraine and the Democratic Republic of Congo at its session.

Some activists urged Washington to focus on abuses at home. “It’s hard to take Ambassador Haley seriously on U.S. support for human rights in light of Trump administration actions like the Muslim ban and immigration crackdowns,” Jamil Dakwar, director of the human rights program at the American Civil Liberties Union (ACLU), told Reuters. “The United States must get its own house in order and make human rights at home a priority — then, it can begin to credibly demand the same of other countries abroad.”