Report: Israel Falling Behind in Battle Against Smoking 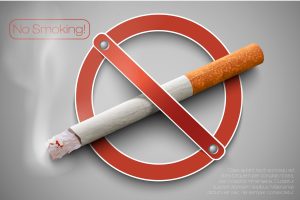 Israel, once a world leader in the fight against the scourge of smoking, has fallen behind, according to a health expert quoted by Globes on Sunday.

“Israel was formerly a leader in legislation on smoking, and we are now lagging behind,” lamented Israel Cancer Association director general Miri Ziv.

“After decades of falling smoking rates, when the target was a rate lower than 10 percent and life without smoking, we have gone back up to over 20 percent smokers. It is not yet too late. This is the time to pass laws and regulations, and to apply strategies that have proved themselves as effective in New York, California, and many other advanced places. 8,000 people die in Israel a year from the damage of this addictive and fatal habit. Every young person who does not begin, every smoker who stops, is an achievement. This saves lives,” said Ziv.

The comments came on the publication of a Health Ministry report on smoking in 2016.

An encouraging statistic is that smoking has declined among Israeli young people. 8 percent of students report smoking at least one cigarette a week, compared with 15 percent in 2002. The proportion of smokers among IDF recruits in 2016 was 24.8 percent for men and 14.9 percent for women.

The researchers also examined the economic impact of the habit. They estimated that the direct and indirect cost of smoking in medical treatment amounts to about 1.7 billion shekels a year. Other indirect costs were put at 1.9 billion shekels annually in lowered productivity due to days off from work because of smoking-related illness.

The total damage to the economy (including fires) annually was reckoned at 12.85 billion, equal to 1.49 percent of GDP.