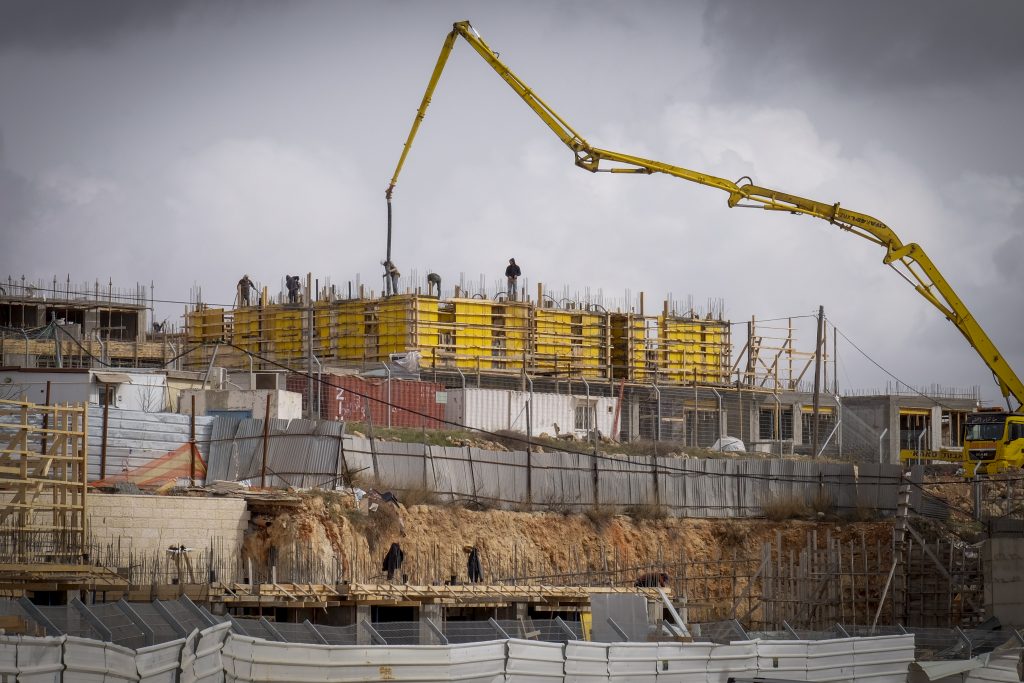 No prime minister has been a greater advocate for Jewish settlement in Yehudah and Shomron than PM Netanyahu, and criticism of his actions in this area are unfounded, the Prime Minister’s Office said in a statement Motzoei Shabbos. “Unlike what has been stated, there is no building freeze in Yehudah and Shomron. Just the opposite is true: In the last few months thousands of housing units have received approval, and for the first time in decades a new settlement was approved for construction.”

The statement came in the wake of charges by settlement leaders in Yehudah and Shomron that the government was dragging its feet on building new homes. The charges came after the Civil Administration announced Friday that it would meet this week to discuss authorizing several projects that had been frozen. The discussion would relate to 2,100 units, 1,500 of which are inside the settlement blocs.

That number is far too low, said Shomron Regional Council head Yossi Dagan. “It’s insulting and does not take into account the needs of the residents of Yehudah and Shomron, not even their natural growth,” he said. “In recent months a total of 1,357 homes received permits, and this is supposed to be sufficient to make up for a building freeze that affected half a million people over a period of eight years. We are not going to pretend anymore — what we have is a building freeze.”

Haaretz quoted settlement leaders as saying that they were expecting permits to be issued for “five figures” in the number of homes to be authorized — at least 10,000. Those sources said that they had attended a meeting at the Prime Minister’s Office on Thursday, where it was decided that the number of authorizations to be discussed would be “limited.” However, a government source said that many of the homes that were to be discussed had already been built, and that what would have been issued would be a retroactive permit legalizing the structures.

In its statement, the Prime Minister’s Office said that the government deserved more credit than settlement leaders were willing to grant it. “Continuing to spread lies does not turn them into truths. We have a very clear policy: Careful planning and new permits issued every three months, not once a year as has been claimed. No one is more concerned about advancing settlement construction than Prime Minister Netanyahu, who does so in an intelligent and careful manner, while looking out for the national and international interests of Israel.”