Israel OPINION: President Trump Made a Good Impression — But the Coming Days Are Scary
Israel 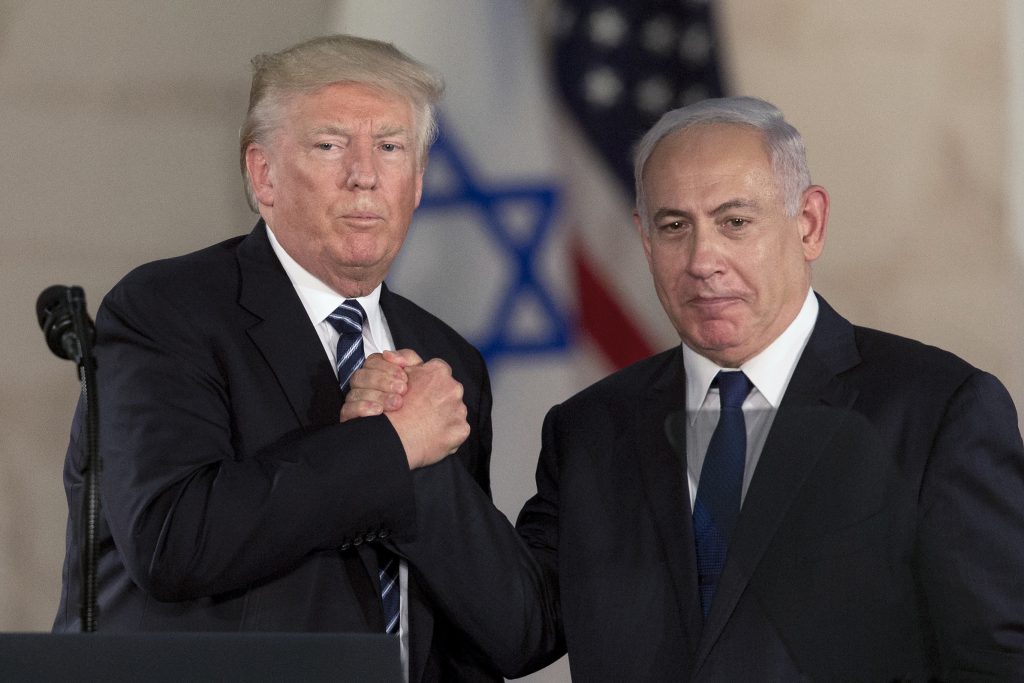 I accompanied President Donald Trump on his visit to Israel. By all accounts, it was a uniquely emotional event. On the basis of his heartfelt speeches, his body language and his conduct, he is a true friend of Israel and the Jewish people.

Standing with reverence at the Kosel, he spoke about the holiness of Yerushalayim, and noted that it was already a Jewish city 3,000 years ago in the time of King David — as if to say, “It is yours … even if we Americans do not declare it …”

The president pointed his finger at the criminals of the region — the Iranians — and focused on them, as we had dreamed that his predecessors would do, but they never did. He did not mention the two-state solution, nor a state for the Palestinians. He said the Palestinians cannot set preconditions for negotiations. He did not lecture us about the Jewish presence and construction in Yehudah and Shomron. He, in every other sentence, spoke warmly of Yerushalayim and the Holy Land. He demanded of our enemies to stop financing terrorists and paying their families. He called on the world to drive out the terrorists, wherever they are.

What more could we ask?

Precisely then, after his parting speech at the Israel Museum, after a resounding ovation, and after a warm handshake with Israeli Prime Minister Binyamin Netanyahu, the words of the Navi came to mind:

There is no doubt: The heart expanded after all we heard and saw during this visit. Yet, somewhere, there is fear. Fear of the day after the visit of President Donald Trump, of what will come now.

With Trump, you are either good or evil, and we know which side he sees us on. The visit was successful despite the way various people sought to depict it before he arrived, and some after it was over, as well.

The warm friendship between Trump and Netanyahu, and the harmony of their views on Iran and other issues, stands out. All of this is encouraging, heartening.

But now will certainly come life’s realities. The chassunah was splendid; the band was superb; the dancing lifted the spirits; the guests; the gifts; the lavish meal; the blessings. It was all wonderful! And now life returns to its routine.

So it is in the world of politics.

Trump finished the European leg of his trip abroad, after a meeting with the Pope, with the heads of NATO, the G-7, and back to the White House.

And now, he will ask himself: “What now, to do about Israel?” — business he does not intend to leave unfinished.

Between the lines, he hinted — in his speeches both in Riyadh and Yerushalayim — that in his view, this is an “open wound” that requires treatment. And he will not relent. “I hope to reach an agreement during my administration,” he declared.

Then his people will come, with papers in their hands, proposals and programs, with “good will to bring the two sides together.”

And then he will discover that the valley between this mountain and that mountain is so deep that the bridge has not yet been invented that can span it. That the mission the president has undertaken is by no means a simple one. This is not another commercial deal for a skyscraper or a hotel acquisition or a real-estate purchase.

Trump has shown great enthusiasm about reaching a peace deal. To begin again a process which has had dozens of starts and each time bogged down.

Soon the problems will present themselves. Right now, we are still in euphoria. Dreaming. What will be when the dream is over? It is reason to be afraid.

Trump has proven himself a talented dealmaker. He is a man who understands that in order to make a profit, in order to achieve one’s objectives, it is sometimes necessary to first invest.

His first visit here was an excellent investment. But let us not deceive ourselves. The day will come, in the not-too-distant future, when he will want to harvest the fruits of his labor.

“Both sides will have to make difficult decisions,” said Trump. “With determination and faith that it can be done, the Israelis and Palestinians can reach an agreement.”

Those moments will be less pleasant for us. It would be good to bear that in mind from here on.