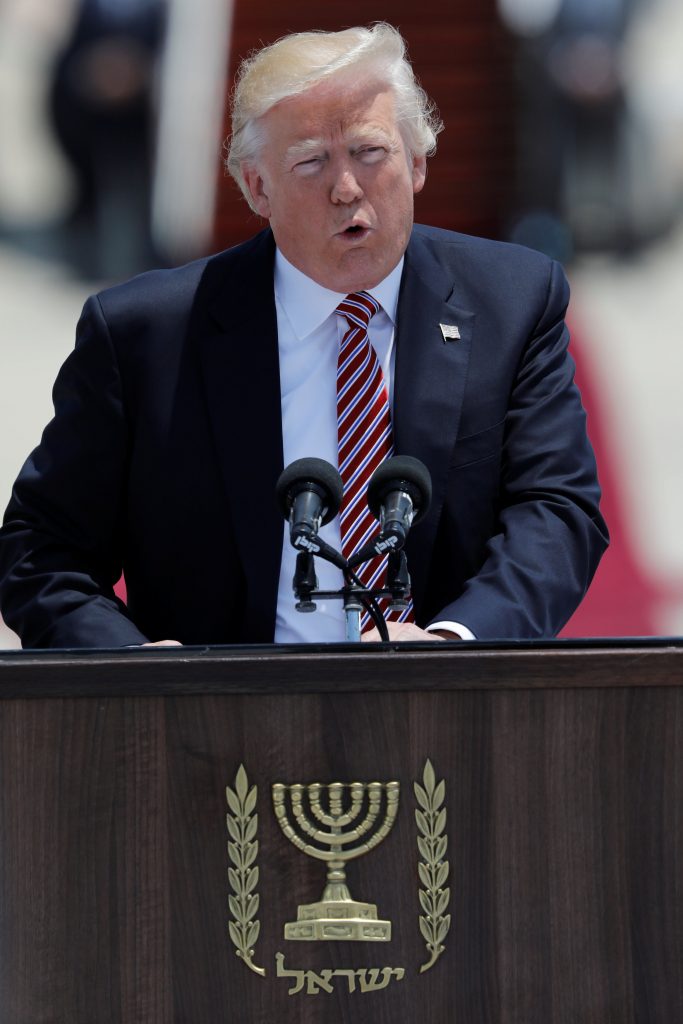 An Army Radio broadcaster humorously said Monday that he would “get back at the clown” who fooled him and the radio station earlier in the morning, when an impostor Donald Trump managed to get two minutes of air time. An embarrassed Arel Segal said in a statement that the fraud had been very well organized – backed up by emails purportedly from the White House that indicated that the president would speak with the station.

In the conversation, the phony Trump said that he was “very happy” to be in Israel. “America stands behind you 100 percent, our bond is as strong as ever,” the alleged Trump said. “I will not impose anything. I would love to make a deal but I can’t promise anything. Right now I would just like to listen.”

The conversation lasted for about two minutes, with the Army Radio broadcasters apparently convinced that they were talking to the president from Air Force One, on his way from Saudi Arabia to Israel. But the “president” slipped up, Segal said, giving the game away. The guest told Segal that “there is a deal to be made. There are a lot of people with a lot of good ideas. I just read an idea by an individual called Moshe Feiglin, I really liked what I read.” It was unlikely, Segal realized, that President Trump had even heard of former MK Feiglin, and it was then that he realized – and many others, judging from the wave of response on social media – that he was being fooled.

“On Sunday night, a producer of my morning show received a phone call from the White House, after we received several emails,” Segal said after the show. “They looked legitimate, but apparently today it is not a problem to forge such messages. We have requested an interview with President Trump for many months, and we thought our request had been answered. But I quickly realized we were being fooled. The voice was not even similar to Donald Trump’s. I have a lot of respect for whomever was behind this – they put a lot of work into it. We don’t know who is behind this, but be warned – if I catch this clown, I will get back at him. Prepare to be ripped to shreds on the air.”