Israel Mike Huckabee at Kever Yosef: Why Can’t Jews Come Here During the Day, Too?
Israel 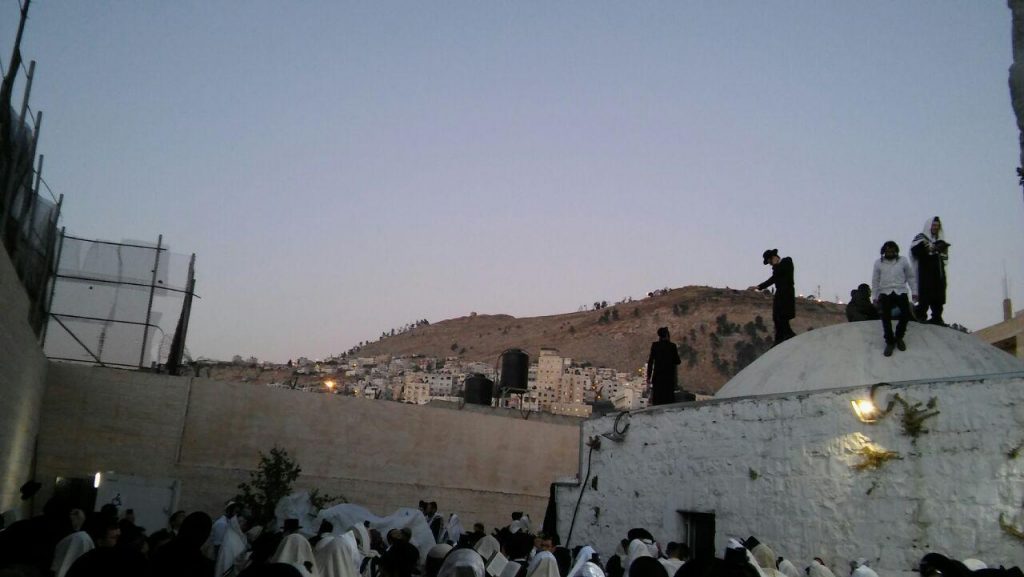 Some 5,000 Jews on Sunday night davened at Kever Yosef in Shechem, marking the Sefirah of Yesod She’be’Yesod (Yesod is the middah associated with Yosef Hatzaddik) and among the mispallelim was one guest from the United States – Mike Huckabee, a former Arkansas governor and confidant of President Donald Trump. Huckabee was accompanied by Shomron Council head Yossi Dagan, who organized the visit, along with top IDF officers, MK Bezalel Smotrich, and people from Israel and around the world who came to daven at the site.

Hundreds of IDF troops were stationed in the area. Arabs rioted and threw rocks and firebombs at soldiers, who responded with antiriot measures. There were no Israeli injuries, and the rioters were unable to get close to Huckabee and his entourage.

However, the former governor noticed the commotion. Huckabee expressed appreciation for the efforts to secure the site for his visit, adding that it was “unbelievable that Jews are forced to pass through smoke bombs, fires and road closures in order to get to their holy site, with thousands of soldiers required to protect them. I don’t think that people in the United States realize what Israelis have to go through just in order to pray.” Israel, he added, has made it an important principle to allow freedom of worship for all, “but Jews in Judea and Samaria don’t have access to their holy places. That has to change.”

Dagan said he appreciated Huckabee’s decision to join the group. “We merited hosting a true Zionist and a friend of Israel, Mike Huckabee. Many of us can learn from him what ‘love of the land’ means. Thousands of people have come here from around the world tonight in order to daven, as is their right. Unfortunately, we are forced to come here only at night, because of security issues. I hope that the state will act in a manner that shows respect for the Jewish people and Jewish tradition and impose Israeli sovereignty on Kever Yosef. We must keep in mind that if we don’t look out for our own interests, no one else will.”