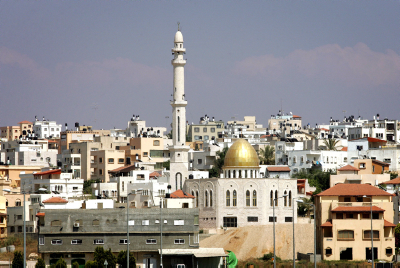 Police have arrested an Arab resident of the central Israeli town of Taibe on charges of kidnapping, after he locked up his brother in a room for three weeks when he found out that the brother had been planning to join the IDF and convert to Judaism. The 21-year-old confessed to the crime under questioning, after he was arrested over the weekend.

Police found out about the incident on Friday in the wake of a complaint by a Taibe resident who said that the imprisoned 19-year-old had managed to communicate to her that he was being held against his will. He was locked up in a room for three weeks, and was imprisoned in iron chains for part of that time, he told police, who released him from the room.

After speaking with the victim, police tracked down his brother and arrested him. According to the brother, he imprisoned the teen in order to convince him to change his mind about his plans. Police plan to indict him on charges of kidnapping, and plan to ask for an extension of his remand until the end of proceedings against him, police said.