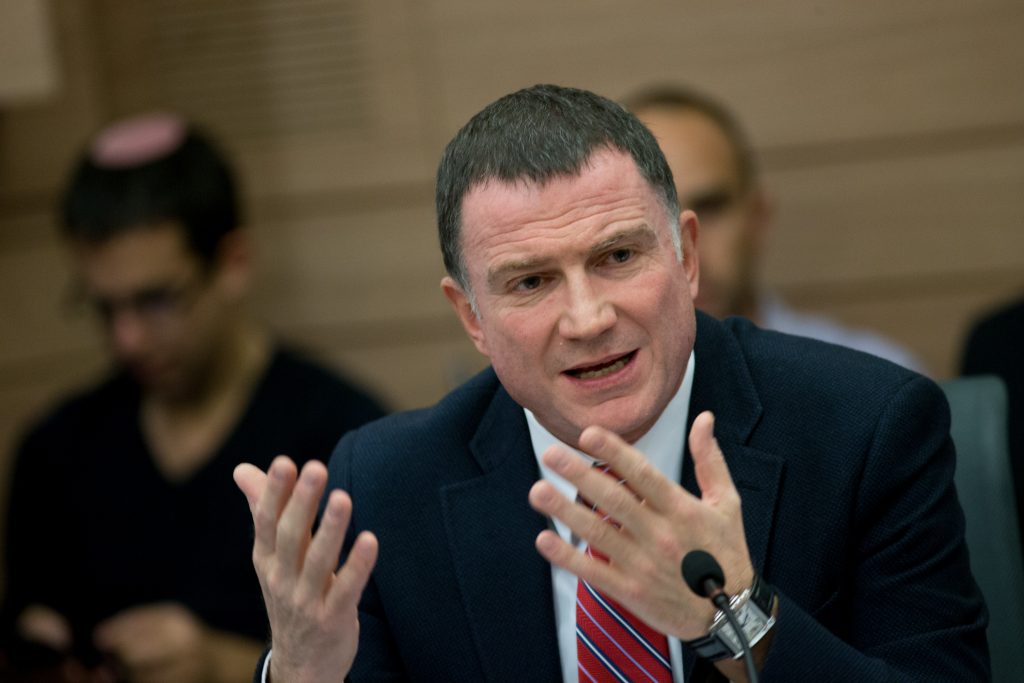 While Israel’s reconciliation with Turkey last year was a positive development, Israelis must not forget that Turkish President Recep Tayyip Erdogan“was an enemy and remains an enemy,” said Knesset Speaker Yuli Edelstein. “As long as Erdogan is the leader of Turkey, the ties we had with them 20 years ago will not return,” he added.

After calling on Muslims Monday to inundate Har HaBayis with their presence — to visit the site and make their presence known on a regular basis — Erdogan met with Palestinian Authority Prime Minister Rami Hamdallah. Erdogan told the PA official at a conference in Istanbul that the most important task was to “unite to prevent the Judaization of Yerushalayim. The only solution is the establishment of a Palestinian state in the 1967 borders,” including the areas of Yerushalayim that Israel liberated in the 1967 Six Day War. “Why do hundreds of millions of Muslims not visit Al Quds,” he said, using the Muslim term for Har HaBayis. “This would be the greatest support that they could provide it.” Israel, he added, “persecuted” Muslims and should be censored for discrimination and “its apartheid practices,” Israel Radio reported.

Edelstein said that Israel should not be intimidated by Erdogan’s comments. “We know who we are dealing with. They have been trying to insert themselves into the affairs in this area for a long time.” When asked if Israel should have agreed to Turkish demands for compensation for the deaths of nine Turkish citizens who were actively supporting Hamas when they were killed in the 2010 Gaza flotilla, Edelstein said that “there were good reasons to sign the agreement. I wouldn’t say that we were demeaned by having to pay compensation. There are many positive things in the agreement as well. But we should not forget who Erdogan is.”

In a statement on Monday, the Foreign Ministry condemned Erdogan’s comments, saying that “anyone who systemically violates human rights in their own country should not preach about morality to the only genuine democracy in the region. Israel strictly adheres to protecting full freedom of worship for Jews, Muslims and Christians — and will continue to do so.”

Channel Ten reported Tuesday that the Ministry had sent several messages to Turkey in an effort to head off a diplomatic tiff over Erdogan’s comments and Israel’s response. Sources in the Ministry were quoted as saying that “Erdogan’s comments were insulting and disgusting, and the Ministry responded in a commensurate manner. As far as we are concerned, the story is over.”