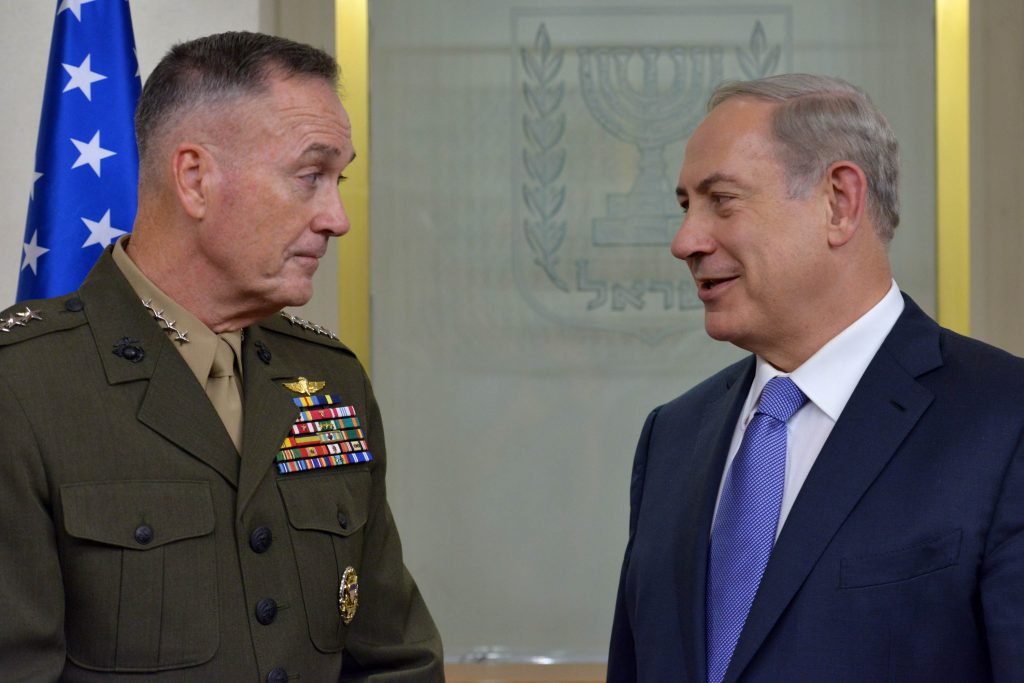 Chairman of the Joint Chiefs of Staff of the U.S. Army General Joseph Dunford arrived in Israel on Monday as a guest of IDF Chief of Staff Lt. Gen. Gadi Eisenkot, part of the preparations of the upcoming visit of President Donald Trump.

This is Dunford’s third visit to Israel as chairman of the joint chiefs of staff.

Dunford will be greeted by an official Honor Guard at the IDF’s Kirya headquarters in Tel Aviv on Tuesday.