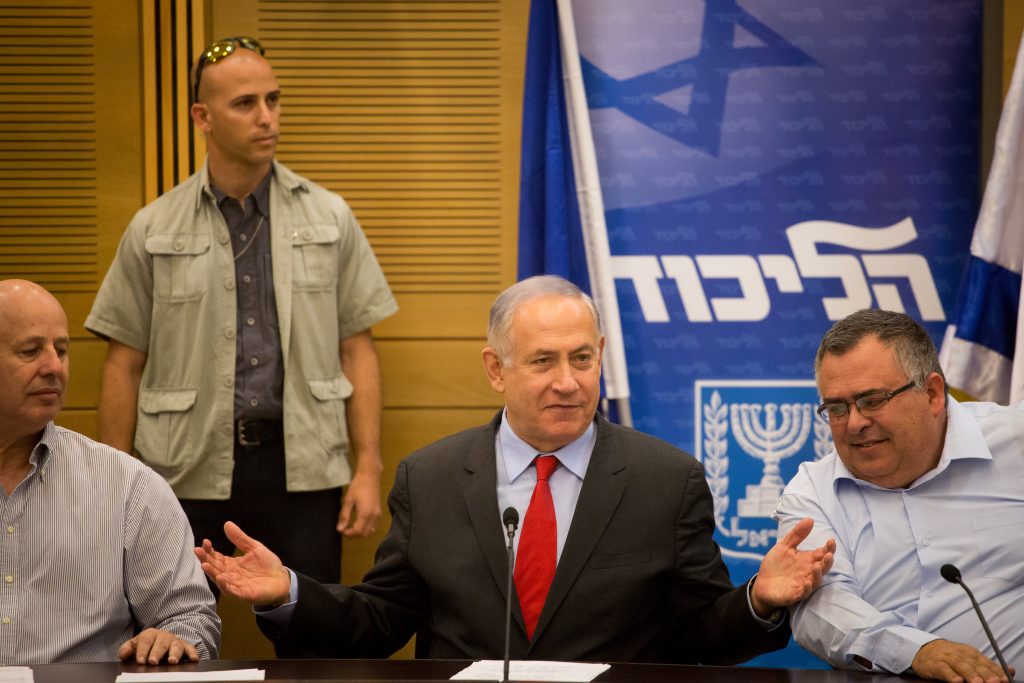 “The Likud will pass this important law, and I expect all Zionist parties to support it,” Mr. Netanyahu told a Likud faction meeting, on the first day of the Knesset’s return from the Pesach break.

The bill declares that Israel is the nation-state of the Jewish people, and formally makes Hebrew the official language, while relegating Arabic to “special status.”

Mr. Netanyahu maintained, “There is no contradiction between the [proposed] law and equal rights for all of Israel’s citizens,” pointing out that it says all citizens have a right to their own culture, heritage and language.

So far, Arab and other opposition MKs have denounced the bill, but the coalition will probably have enough votes to force it through.

Opposition leader Isaac Herzog spoke against at a Zionist Camp meeting, charging that it “violates the holy and delicate balance between Jewish and democratic” in Israel, and is one of a series of anti-democratic bills the coalition is promoting.

Yesh Atid chairman Yair Lapid said he supports a narrower version submitted by Likud MK Bennie Begin, which affirms Israel as the nation-state of the Jewish people in their homeland, and nothing more.

“If the Likud would submit this bill, which was born in its home, we would support it,” he said.