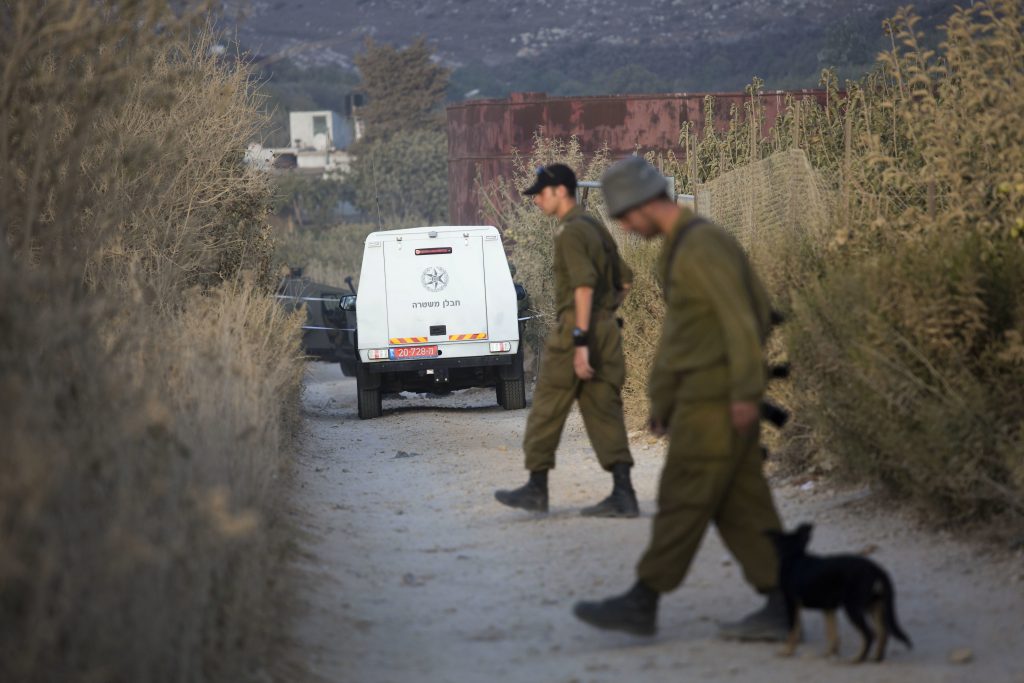 Security officials on Friday arrested two residents of the northern Arab village of Tuba, on suspicion that they stole weapons from an IDF base. The two are accused of breaking into a base in the Golan and taking the weapons while soldiers slept. Police arrested them near the base, but they did not recover the weapons. The two are being questioned on their ties to criminal and terror organizations.

The IDF on Friday prevented a group of leftist and Arab activists from approaching the Jewish town of Kochav Hashachar in the Binyamin region. The group had departed from the Arab village of Uja, marching toward the Jewish town. An order was issued to prevent their entering the area around Kochav Hashachar. The IDF said that similar marches in recent weeks had resulted in clashes between marchers and residents of the outposts in the area.

Overnight Thursday, security officials said they arrested 11 wanted security suspects in other areas in Yehudah and Shomron. The suspects were wanted for participating in rioting and throwing stones and firebombs that endangered Israeli civilians and IDF soldiers. Several of the suspects were also charged with belonging to Hamas. All were being questioned on their activities by security forces.