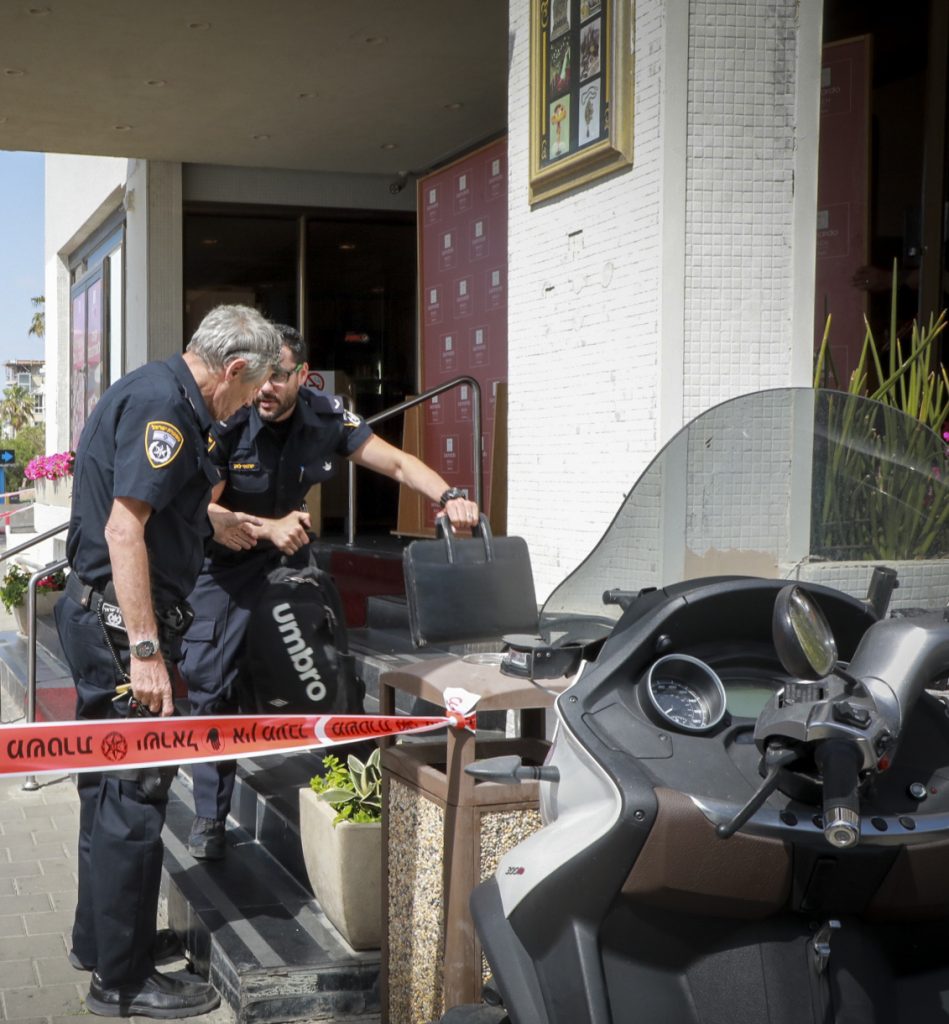 Four Israelis were stabbed and lightly wounded by a Palestinian terrorist in two hotels on the Tel Aviv promenade Sunday afternoon.

The 18-year-old man attacked people with work tools in the Leonardo Hotel, then ran to the nearby Herod’s Hotel, where he continued his rampage before being arrested.

The injured, who included a hotel employee and three others, were taken to Tel Aviv Sourasky Medical Center.

The Leonardo Hotel worker said: “I was standing in the lobby with my husband, helping a customer, when the (suspect) entered the hotel. He was staring at me and I asked him what he wanted. That’s when he struck me in the ear with something and fled,” according to The Jerusalem Post.

After that, he bolted into the lobby, where a man tried to block his escape, while shielding himself with a pillow from one of the lobby’s couches. The terrorist lunged at him, knocking him to the floor and stabbed him several time in the upper body and head.

The Palestinian then stood up to pursue his fourth victim — the man in his 70s — out of the hotel and into the street.

The horrifying scenes were partially captured on video.

Magen David paramedics who responded, said they found “three people suffering from light injuries … They were fully conscious from wounds to the head and body.”

“We provided them with emergency care on the scene,” MDA continued, “and evacuated the wounded to a nearby hospital for further treatment.”

“Close to 1:50 p.m. we received a report on a number of injured. We arrived…to the scene within a few seconds. We arrested a suspect adjacent to the [Leonardo Beach Hotel],” Tel Aviv District police officer Shlomi Sagiv told press at the scene. “From an initial investigation we are speaking of a lone attacker who arrived to the boulevard area and attacked four people.”

”How he entered and why he entered is currently being investigated,” he added, though police are treating it as a terrorist attack.