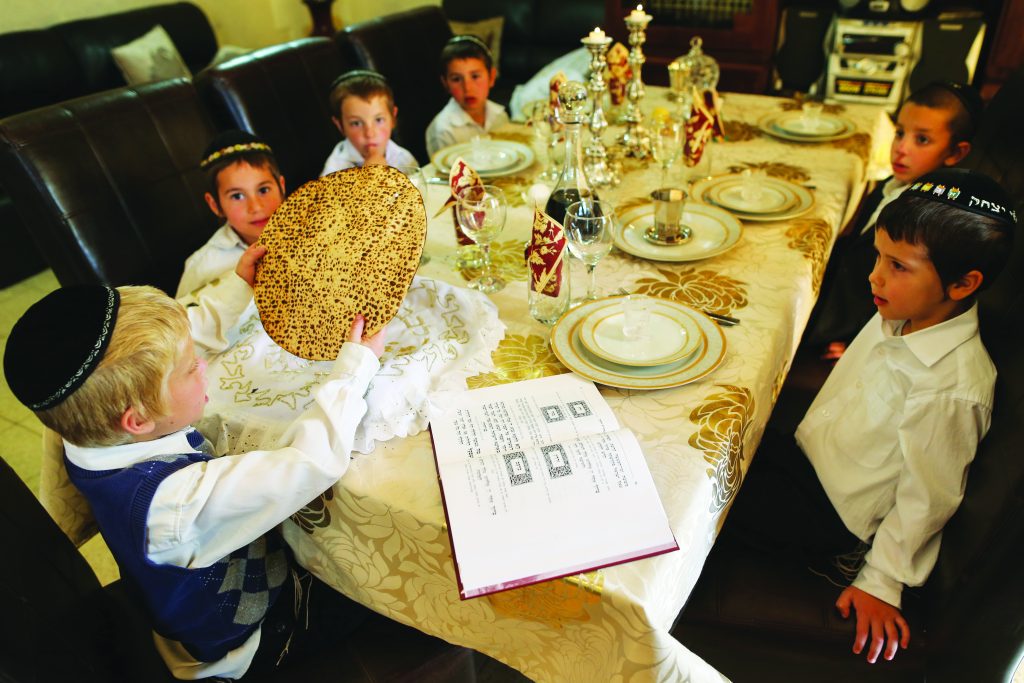 Over 98 percent of Israeli Jews will participate in a Pesach Seder, a poll by the Geocartigraphia organization said. The poll of a representative sample of 500 Israelis of various ages shows that the Seder is perhaps second to circumcision in the Jewish events that Israelis participate in the most.

However, “Seder” has different meanings to different people. For most – 66 percent – the Seder is a family event, where everyone gets together to celebrate the holiday. Only 23 percent saw it primarily as a religious event. Six percent said it had “no meaning” for them, yet they attended one anyway. Only 2 percent said they did not bother to attend one.

Reflecting the fact that many chareidi families earned less than the national average, 68 percent of families in that position said that the Seder was a religious event for them, compared to just 19 percent of those who earned above the average national income, the poll also showed.