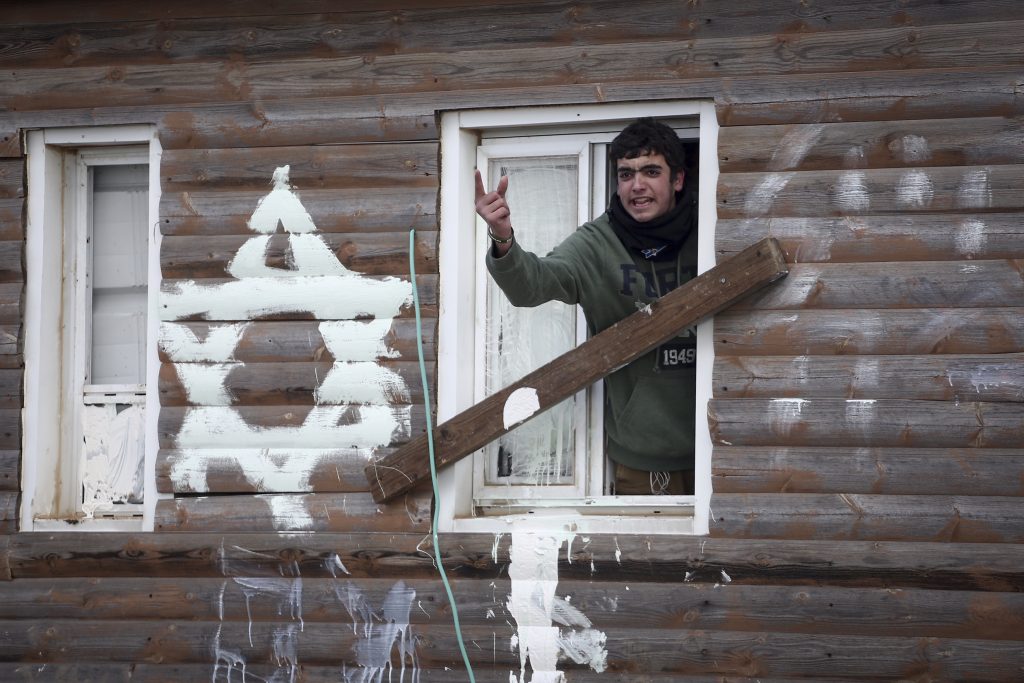 The Cabinet on Thursday night authorized the establishment of a new community for evictees from the Binyamin outpost of Amona – but along with that decision, the Cabinet also decided to “restrain” settlement efforts, in line with understandings that Prime Minister Binyamin Netanyahu arrived at with American officials.

So far, the White House has not outright condemned Israeli construction in Yehudah and Shomron, although in a statement Thursday night reacting to the Cabinet decision on the new community, a White House official said that “while the existence of settlements is not in itself an impediment to peace, further unrestrained settlement activity does not help advance peace.”

The statement added that “The Israeli government has made clear that going forward, its intent is to adopt a policy regarding settlement activity that takes the president’s concerns into consideration. The United States welcomes this.”

At the meeting Thursday, PM Netanyahu clarified what this meant in terms of construction: New housing will be limited to the “built-up” areas of settlements, meaning the areas that have already been approved for construction, or are within the municipal boundaries of settlements. Exceptions will be made for legal and security concerns, in which case construction will take place as close as possible to existing housing. New settlements – except for the one for Amona evictees – and new outposts will be banned.

The “rules” were worked out over the past several weeks, after U.S. envoy Jason Greenblatt discussed the matter with Israeli officials in Washington after he visited Israel and the Palestinian Authority.

Sources told Channel Two that Israeli officials were “very surprised” at how determined President Trump was to bring Israelis and Palestinians together for talks, given what appeared to be his very strong support for Israeli policies even after the election. Many officials had expected the administration to more or less ignore the Middle East conflict, as many of President Trump’s advisors are of the opinion that it is irresolvable under current circumstances.

With that, the officials said, the days of automatic condemnation of any Israeli building move – de rigueur during the Obama administration – will not return. “It’s a different world in the current White House,” the officials said. “Israel will strive to follow the administration’s wishes, and in return the U.S. will neither condemn nor approve construction, whether inside or outside the settlement blocs.”