Israel Amona Evacuees to Get New Community in Shomron
Israel 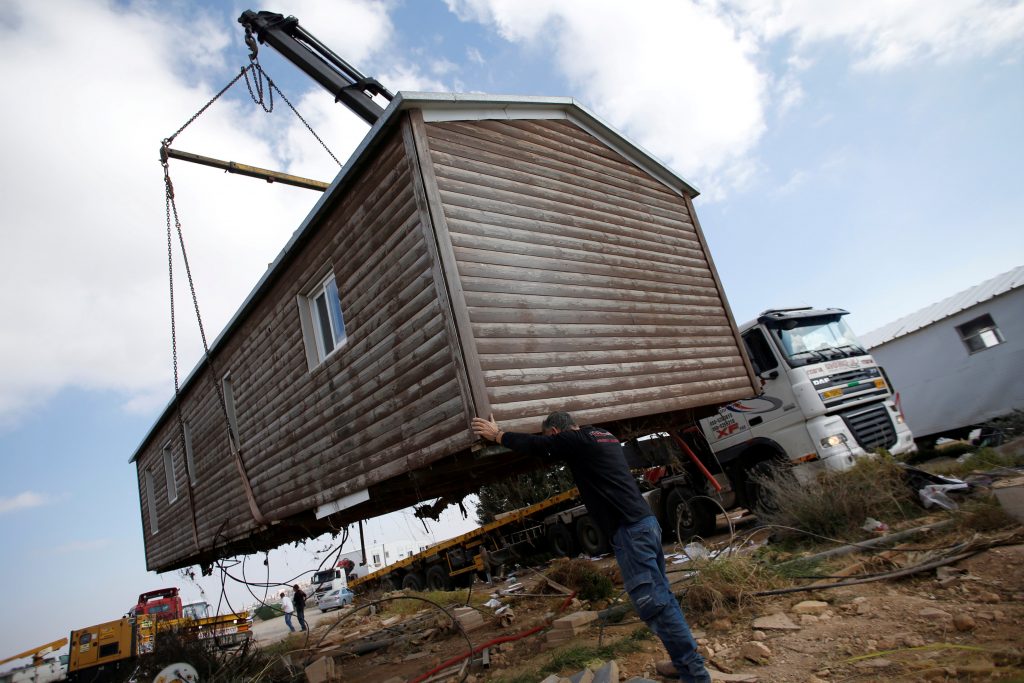 The Israeli security cabinet on Thursday night unanimously approved a proposal to build a new settlement community for the evacuees of the Amona outpost, in the Emek Shilo area in Shomron. The Trump administration said it would not oppose construction of the new settlement.

The project would be the first new community established by the state in Yehudah or Shomron in 25 years.

Israeli Prime Minister Binyamin Netanyahu updated the cabinet on the plans for construction of new housing, saying that 2,000 units have been approved for marketing out of 5,700 whose plans were announced two months ago. The 2,000 in question were not released for marketing until now due to technical difficulties, he said.

In addition, Netanyahu said that approximately 220 acres of land in the areas of Adei Ad, Givat Haroeh and Ely have been officially designated as state lands, in accordance with legal requirements.

In a statement issued after Netanyahu’s announcement Thursday, the Trump Administation said it would not oppose the 2,000 units or the new settlement, but indicated that it had concerns about further settlement construction.

“President Trump has publicly and privately expressed his concerns regarding settlements,” the statement read. “As the Administration has made clear: While the existence of settlements is not in itself an impediment to peace, further unrestrained settlement activity does not help advance peace.” Furthermore, the statement said that “senior U.S. and Israeli officials” have recently held discussions “on a range of issues” related to the peace process, including settlements.

However, regarding the 2,000 settlement units, the statement noted that the original announcement had come “before President Trump had a chance to lay out any expectations.” And regarding to the new settlement for Amona evictees, it noted “that the Israeli Prime Minister made a commitment to the Amona settlers prior to President Trump laying out his expectations, and has consistently indicated that he intended to move forward with this plan.”

“Going forward and as we move into more detailed discussions regarding the possibilities for advancing Israeli-Palestinian peace, the Israeli government has made clear that Israel’s intent is to adopt a policy regarding settlement activity that takes President Trump’s concerns into consideration.”