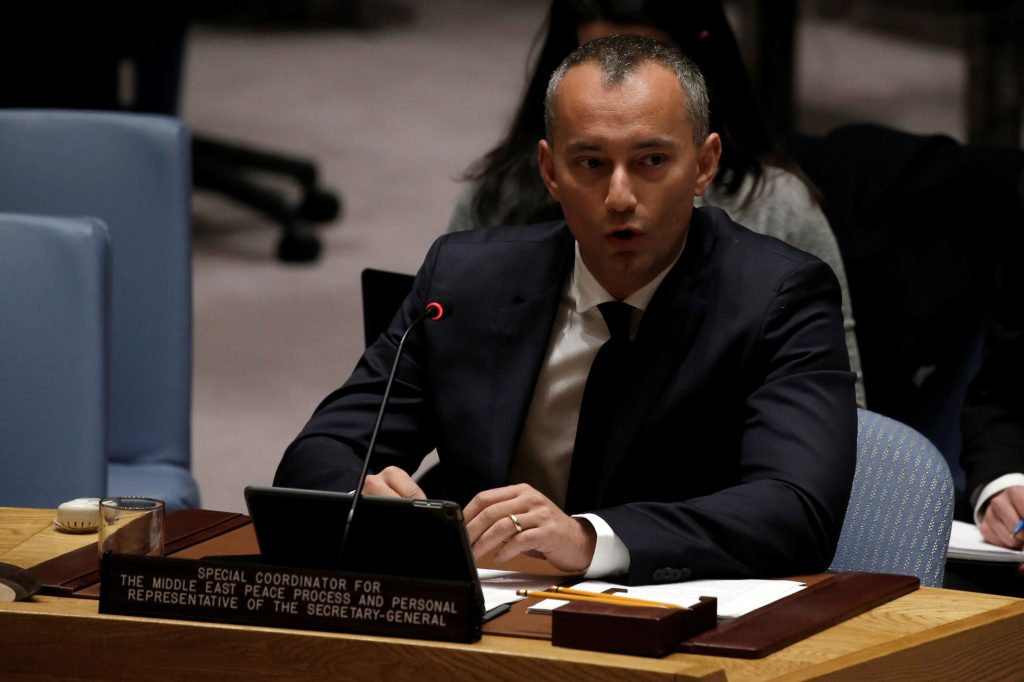 Israel took no steps to comply with a Security Council call to stop all construction activity in Yehudah and Shomron and east Yerushalayim and instead authorized “a high rate” of expansions, the United Nations said Friday.

Israel’s Ambassador to the U.N. Danny Danon rejected the reasoning behind the Council’s non-binding resolution, which condemned the building as an obstacle to peace.

“There is no moral equivalency between the building of homes and murderous terrorism,” he said.

“The only impediment to peace is Palestinian violence and incitement,” he added “This obsessive focus on Israel must end.”

U.N. envoy Nickolay Mladenov told the council the large number of settlement announcements and legislation action by Israel indicate “a clear intent to continue expanding the settlement enterprise in the occupied Palestinian territory.”

He was delivering the first report to the council on implementation of the resolution it adopted in December condemning Israeli settlements as a “flagrant violation” of international law.

This was the resolution in which former President Barack Obama broke with a decades-long policy of voting with Israel, and instructed the U.S. delegation to abstain rather than veto the measure.

The resolution didn’t impose sanctions on Israel, so the council isn’t called on to take any action. But it does formalize the Council’s disapproval of Israeli policy.

Mladenov, the U.N. special coordinator for the Middle East peace process, called “the January spike” in building announcements by Israel “deeply concerning.” During that month, he said, two major announcements were made for a total of 5,500 housing units in Area C, the 60 percent of Yehudah and Shomron exclusively controlled by Israel.