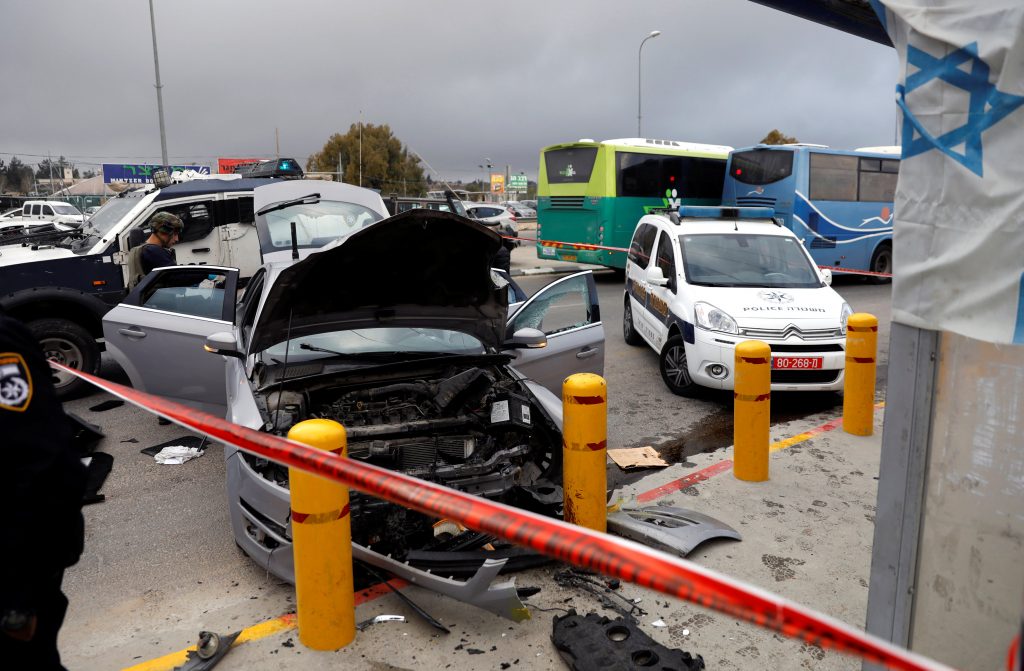 Israeli security forces shot and wounded a Palestinian terrorist attempting to drive her car into a group of people at a bus stop at the Gush Etzion Junction on Wednesday afternoon.

B’chasdei shamayim, none of the soldiers or civilians at the site were injured in the attack. However, a 28-year-old expectant mother required treatment for shock, according to the Magen David Adom emergency medical services.

The Palestinian driver sustained serious injuries from IDF gunfire and from the crashing of the car after it jumped a curb in the incident. She received medical treatment from a military medic and was taken to the hospital. Subsequently, she was identified in Arabic media as Fatma Taqatqa, 16, from Beit Fajjar, a Palestinian town south of Beit Lechem.

The incident occurred shortly before 4:00 p.m. on Wednesday.

The busy Etzion Junction’s bus stop and hitchhiking post was the target of numerous terror attacks in late 2015 and early 2016, which included both car-rammings and shootings.

Though the level of violence has fallen off in recent months, 40 Israelis, two Americans, a Palestinian and an Eritrean national have been killed in the wave of stabbing, car-ramming and shooting attacks that began a year and a half ago.