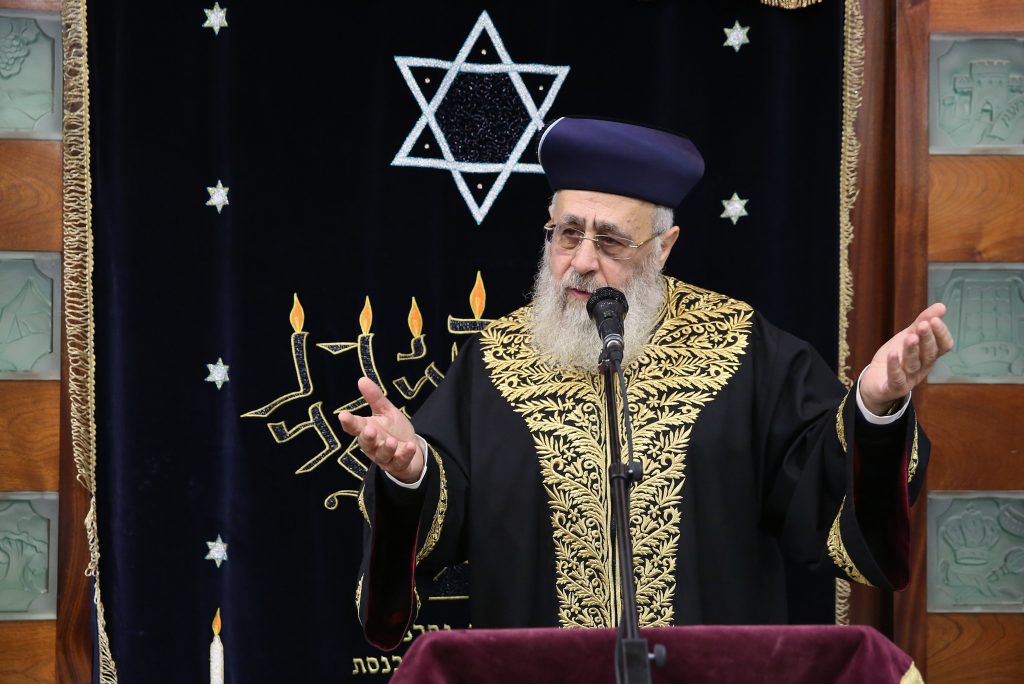 At a ceremony marking the 25th anniversary of the 1992 bombing at the Israeli Embassy in Buenos Aires, Rabbi Yosef called on Netanyahu and Israeli diplomats “not to be silent about the phenomenon of Jewish cemetery desecration.”

“We have to raise a very clear voice to work as much as possible to stop these anti-Semitic acts,” he said.

The comment comes after an uncharacteristically muted response from the prime minister to recent acts targeting U.S Jewish institutions. Mr. Netanyahu’s critics say he is seeking to avoid adding to the pressure on his ally, President Donald Trump, who is accused of stirring up xenophobia.

“At this time in which we are commemorating this hateful event in the Diaspora, it is appropriate to use this platform and to request of you and of the officials in the Foreign Ministry not to remain silent in the face of this phenomenon of the desecration of Jewish cemeteries which we have been exposed to in recent days in the U.S.,” said the chief rabbi.

“Your voice is the voice our brothers in the Diaspora are expecting to hear, their eyes are directed to you, do everything you are able to prevent these acts of hatred.”

Rabbi Yosef mentioned that he had himself visited the Jewish community in Argentina and the site of the attack at the embassy, and was impressed by the recovery of the community from that event, as well as from the 1994 terror bombing of the AMIA Jewish community center in Buenos Aires.

Later Monday, Trump called Netanyahu to discuss Mideast issues, and the prime minister took the opportunity to express his appreciation for the President’s strong statement against anti-Semitism during his speech before Congress last week, according to a statement released by his office.