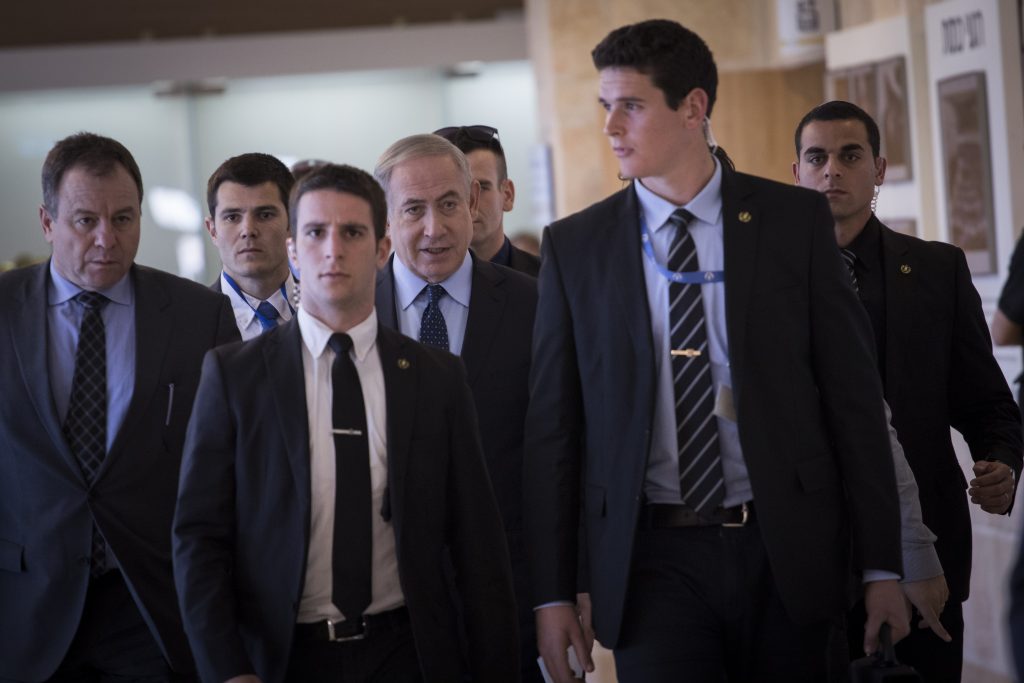 Prime Minister Binyamin Netanyahu, former defense minister Moshe Yaalon and former IDF chief Benny Gantz have struck back against leaks from the state controller’s report to be released officially on Tuesday which is reportedly critical of their handling of the 2014 Operation Protective Edge in Gaza.
Mr. Netanyahu told his Likud faction meeting on Monday that allegations that the security cabinet was not kept informed of the military’s plans, nor of the threat of Hamas terror tunnels, were unfounded.

“No security cabinet in the history of the state has been updated more,” Mr. Netanyahu insisted. “When entering the security cabinet, one is supposed to leave his cellular phone and his narrow, personal political interests outside.”

In his remarks, the prime minister positioned himself on the side of the IDF: “Unlike the controller’s report, I support the heads of the IDF, Shin-Bet and defense establishment who protected and continue to protect the citizens of Israel. Our soldiers and officers fought with all their souls and the people of Israel are proud of them.”

Seeking to turn the tables, Mr. Netanyahu criticized the controller’s report for failing to appreciate the successes of Operation Protective Edge. He said, “We gave Hamas the harshest blow it has endured in its history.”

Messrs. Yaalon and Gantz already sought to pre-empt the report’s criticisms of them on Sunday.

“In the next week, you’re going to hear a lot about Protective Edge,” Mr. Yaalon wrote in an online posting. “They’ll say that we didn’t know, that we didn’t tell them, that we didn’t report to them. And the biggest lie of all? That we weren’t prepared and we lost. That’s nonsense.”

In an apparent swipe at Education Minister Naftali Bennett, who made an issue of the tunnels in particular during and after the war, Mr. Yaalon said, “There are those who leak, and those who fight.”

Mr. Gantz, too, defended the handling of the war planning. “During Protective Edge, there was intelligence that was excellent, terrific, accessible, but not always perfect. I am ready to go to the next campaign with the same intelligence that we had in the last one,” Mr. Gantz said.

However, on Sunday morning, Minister of Construction and Housing, former general Yoav Galant (Kulanu) rejected their interpretation of the events.

“The preparations for Operation Protective Edge by IDF chief of staff Gantz and defense minister Yaalon were negligent and a failure. It is grave that they were trying to present it as a victory and an accomplishment,” he said at a Globes conference.

Mr. Galant also said that Messrs. Yaalon and Gantz showed “hesitancy in using force. Now they are hiding under the apron of the cabinet.”