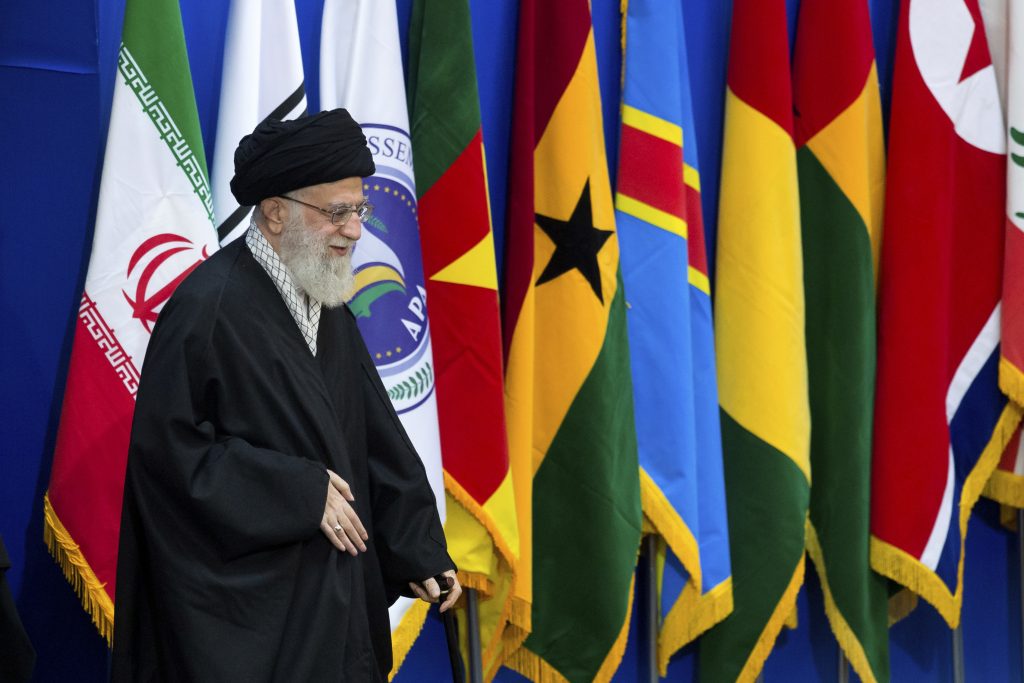 Iran’s supreme leader on Tuesday used the podium of a pro-Palestinian gathering in Tehran to lash out at Israel, calling the state a “fake” nation in a “dirty chapter” of history.

The remarks by Ayatollah Ali Khamenei were some of his most vitriolic against Israel, Iran’s archenemy. Every four years since the early 1990s, Tehran has hosted a similar conference in support of the Palestinian cause, assembling foreign guests and those who oppose Israel.

Speaking to the gathering, Khamenei said Israel was “created” by bringing Jews from other parts of the world to the Mideast region to settle in the land of the Palestinians to replace its “true entity.”

The creation of Israel is “one of the dirty chapters of history that will be closed,” he added. Khamenei’s speech lasted 33 minutes.

The supreme leader, who has final say on all state matters in Iran, also urged all Muslims to support the Palestinians and “resistance” movements — a reference to anti-Israel terrorist groups such as Palestinian Hamas and Lebanon’s Shiite Hezbollah terrorists. Iran has always been their staunch ally.

The “resistance movements should have all necessary instruments,” Khamenei added and praised those who are part of it in allegedly succeeding in “preventing the domination of the Zionist regime in the entire region.”

But he did not appear to endorse an all-out war on Israel, saying instead that it’s a “cancerous tumor” that requires a “step-by-step” treatment. In 2015, Khamenei predicted that Israel would not exist after 25 years.

Since the 1979 Islamic Revolution, which ousted the pro-Western Shah Reza Pahlavi and brought Islamists to power, Iran has not recognized Israel and has supported anti-Israel groups.

Israel, which sees a nuclear-armed Iran as an existential threat, has opposed the 2015 landmark deal between Iran and world powers that capped Iran’s nuclear activities in return for lifting sanctions.