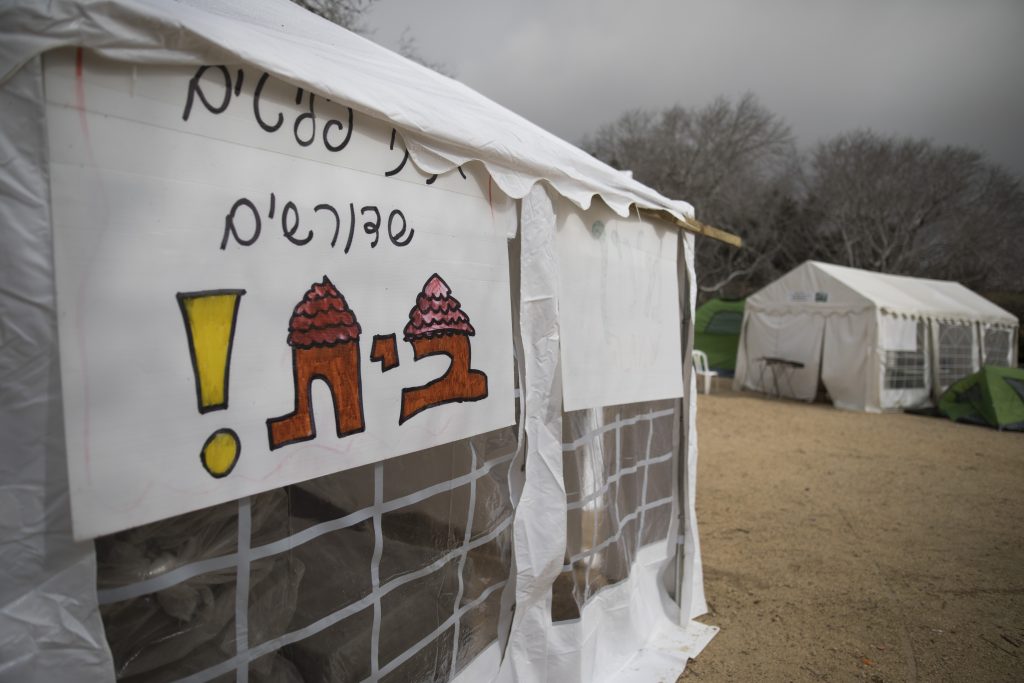 The office of Prime Minister Binyamin Netanyahu said on Monday that reports that he is backing off a promise to build new homes for the evacuees from Amona are not true, according to Israeli media reports.

The denial was issued on Sunday night after reports that Netanyahu had told ministers in the security cabinet that in light of President Donald Trump’s request at last week’s summit to hold off “a bit” on further construction in Yehudah and Shomron, it would be difficult to proceed with the relocation of the Amona residents as promised.

The government would have to come up with some other solution, he reportedly told them at the closed meeting, about which information had been leaked to the press.

“There is absolutely no intention to violate the commitment that was made to the settlers of Amona,” a senior aide in the Prime Minister’s Office said on Monday.

“Just today, his chief of staff Yoav Horowitz spoke with [the head of the Campaign for Amona] Avichai Baron and told him that every effort is being made to find an agreed-upon solution, and that we are not reneging on our commitment.”

Education Minister Naftali Bennett said on Monday that he is sure Netanyahu will “keep his word” and build new homes for the Amona evacuees, noting that the prime minister “signed an agreement” to do so.

Earlier in the day, Defense Minister Avigdor Liberman defended Netanyahu’s cautious approach to the Trump administration, saying it would be foolish to defy the new president’s wishes pertaining to Yehudah and Shomron.

“For eight years, there was tension and friction with the Obama administration. If we now start to fight with the Trump administration… and the Republican-majority Congress, people will really start to think that the leadership in the state of Israel is a bunch of nutcases,” he told Israel Radio in reference to the promise to the Amona residents.

“Let’s try and talk and reach an agreement. Not every issue needs to be immediately turned into a crisis,” he said. “The most important thing is to reach understandings with the U.S. on all issues.”