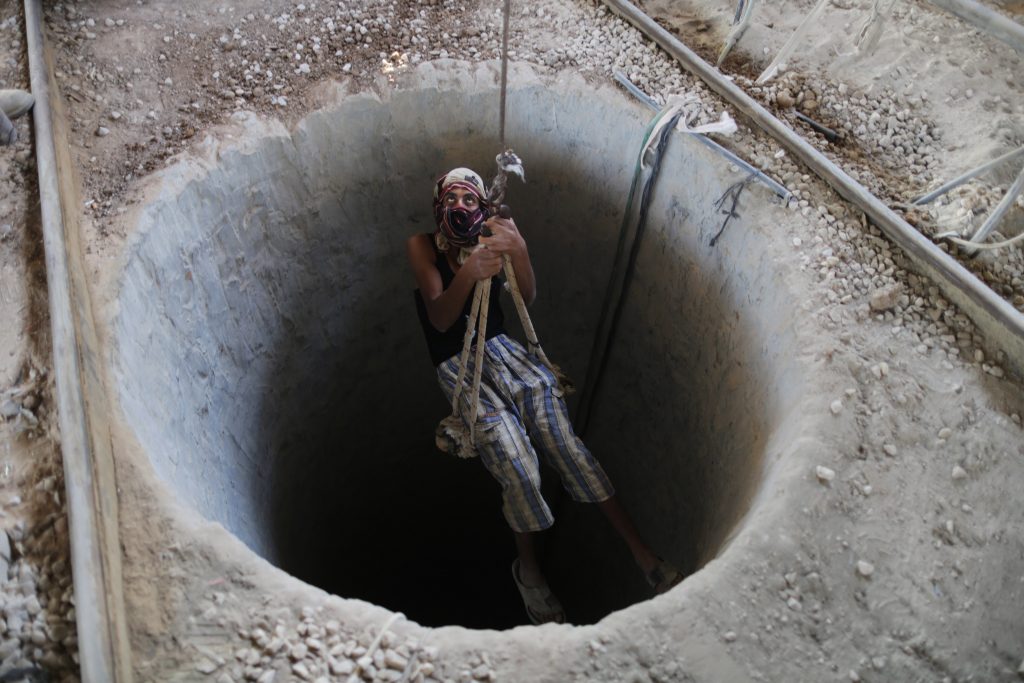 Gaza sources said that two terrorists were killed in an IDF attack on a Hamas smuggling tunnel between Gaza and Sinai early Thursday, as Israel responded to the firing of two rockets on Eilat from Sinai. In a statement, the IDF said that it was “not familiar” with the details of the supposed attack.

Iron Dome anti-rocket missiles overnight Wednesday intercepted four Katyusha rockets that were aimed at Eilat. The Red Alert early-warning system sounded, sending bleary-eyed residents and tourists for shelter at about 1:30 a.m. B’chasdei Shamayim, no injuries or damages were reported. Ansar al-Maqdas, a Sinai terror group identified with IS, took responsibility for the attack.

Speaking to Army Radio Thursday, Yom Tov Samia, the former IDF Southern Command head, said that he believed the army when it said it was “not familiar” with the details of the attack on Hamas’s terror tunnel. “There are always contradictory news stories coming out of Gaza,” he said. “There have been people who died of pneumonia but were placed on the list of martyrs.” Even if Israel was responsible for that attack, “there is nothing wrong with not reporting on these attacks in real time.”

That the rockets fired on Eilat were likely dispatched by an al-Qaida-affiliated terror group makes sense, said Samia. “Nearly all of northern Sinai is under the control of ISIS or al-Qaida. Egypt is fighting a daily war with them,” he added.