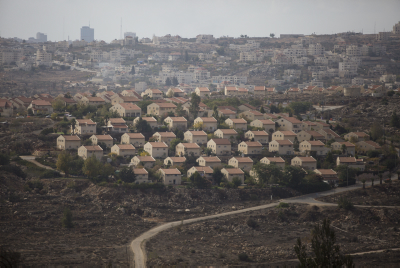 With the scars from the Amona evacuation still fresh in the minds of Israelis, similar scenes to those at the outpost that accompanied the entry of soldiers and police to forcibly remove residents are likely to repeat themselves again this week, this time inside the town of Ofra, in the Binyamin region – not far from Amona itself. There, too, the issue is Arab claims that the land on which houses are built belong to them, and there, too, the High Court has ordered the demolition of homes that have been standing for decades, based on this claim.

The demolitions in Ofra are scheduled for Wednesday, pending a last-minute appeal to the High Court. On Motzoei Shabbos, Jewish Home chairman and Education Minister Naftali Bennett, along with Justice Minister Ayelet Shaked, met with residents to discuss the impending demolition, and were greeted with shouts and catcalls. “We voted for you to fight for us,” residents told them. “Instead you give in to what Netanyahu demands. This is shameful.”

In response, Minister Bennett said that while it was too late to do anything about Ofra – or Amona – the Settlement Arrangements Law, which will be voted upon on its second and third reading in the Knesset Monday, would prevent future demolitions. The law would replace the process now governing Arab claims of ownership of land on which Israeli homes are built. Currently, such claims are adjudicated by the High Court, but the bill would instead institute a special arbitration process that would, among other things, advocate land swaps that would replace the land claimed by Palestinians with state land of equal or greater value that is not in dispute. The law is designed to prevent the demolition of homes at outposts and settlements that were built in good faith, but later were discovered to be built on private land. It has been opposed by State Attorney Avichai Mandelblit, who said he did not think he could defend it in the High Court, much less in international courts where Palestinians are likely to file lawsuits.

Speaking on Channel Two earlier, Minister Shaked said that she and Bennett “never tried to mislead anyone. We told the residents of Amona and Ofra that we would have a very hard time saving their homes. We tried with all our power to work out a solution that would allow them to remain, if not in their homes, then on the hilltop. The time has come for the right to truly rule, and this is what the Settlement Arrangements Law will allow us to do.”

Speaking Friday, Jewish Home MK Betzalel Smotrich said that if the law does not pass, “then there will be no government. The only thing that allows us to remain here is the prospect that the Settlement Arrangements Law will pass,” he told Army Radio. “I can tell you in the plainest language possible, not just in my name but in the name of Naftali Bennett, that if the law is not voted on by Monday there will be no government.”