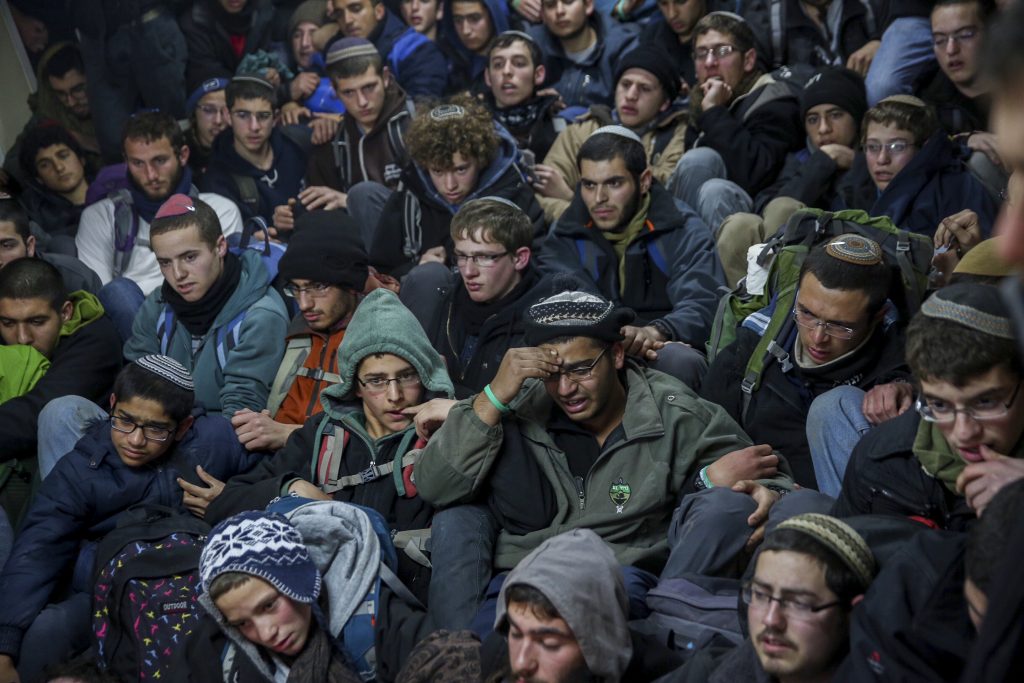 As the evacuation of the Amona outpost dragged on into Wednesday night, Israel’s High Court issued a ruling to cancel a government plan to move the residents to a nearby site.

The Court decision effectively voids an agreement with the government signed by the residents who pledged to leave peacefully in return for the promise of housing close by. Wednesday’s decision was not surprising, since two weeks ago the Court issued a temporary injunction halting work at the site.

The ruling was in response to a petition filed by human rights group Yesh Din, on behalf of Palestinians claiming the alternative land parcel is also theirs.

Meanwhile, at Amona, as of 7 p.m. Wednesday, approximately 20 police officers were reported lightly injured, some of whom required hospital treatment.

Twenty-eight buildings have so far been evacuated. Twenty-two of the 40 families who have resided in Amona have left or been taken out.

Thirteen youths protesting the action were arrested for disorderly conduct. Hundreds more were removed from the site in buses.

The first day of February was an unusually cold one in Israel, and United Hatzalah said it treated a number of people in Amona for hypothermia, in addition to light injuries.

In a collateral dispute that arose on Wednesday, Defense Minister Avigdor Liberman denied a charge made by Education Minister Naftali Bennett — that he ordered the agricultural lands owned by Amona residents to be destroyed.

That issue is a legal one, Liberman said, which will “probably end in the High Court.”

“As a resident of [the Yehudah and Shomron community of] Nokdim, my heart is with the settlers in Amona at this difficult time and I expect all public officials, especially government ministers, to show empathy toward the evacuees and not to use the situation to throw blame and create divisions within Israel,” he said.

Bennett praised the Amona families as “heroes” on Wednesday, and predicted that their struggle will lead to annexation of parts of Yehudah and Shomron and help to avert future evacuations of this kind.

“From this hard day, hope will flourish,” he said. “From the ruins of Amona, we will build a new settlement. From the destroyed kindergartens will be established new kindergartens all across Yehudah and Shomron.”

Along with other officials, he urged the protestors from engaging in violence.

“Under no circumstances or conditions may one lift a hand against a soldier, a policeman, or a civilian,” he said.