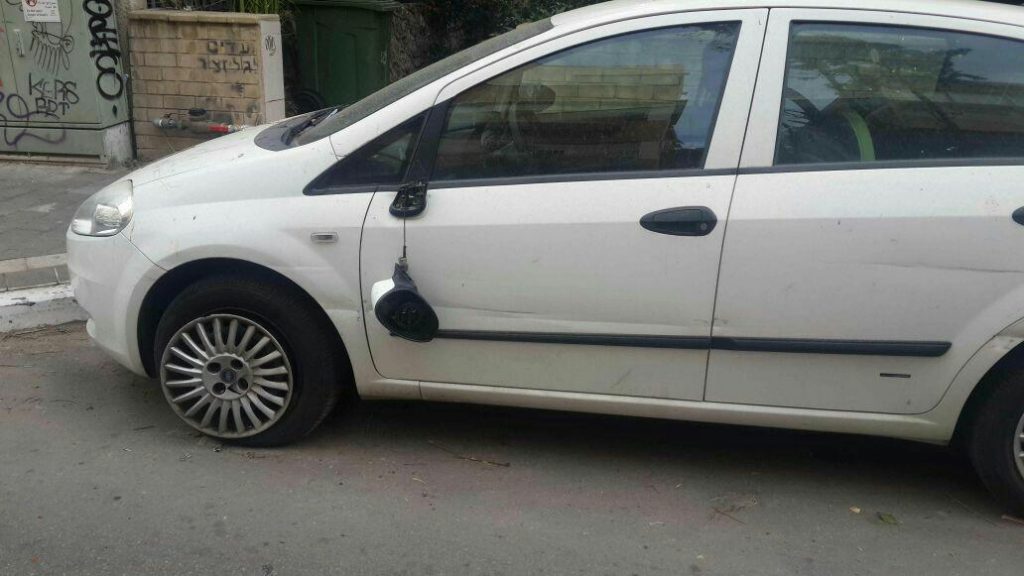 IDF troops were searching for an Arab terrorist who shot at a vehicle on Road 55. The incident occurred Thursday afternoon near the Arab village of Azzoun, located between Alfei Menashe and Maale Shomron. The latter town was placed on high alert in the wake of the shooting.

No Israelis were wounded, and there was no damage to the targeted vehicle. Soldiers found an unattended package at the side of the road, and bomb squad experts were brought in to examine it. Soldiers opened a widespread search for the shooter.

In Tel Aviv, meanwhile, a truck driver crashed into dozens of cars that were parked on Mazeh Street, in the center of the city. No one was injured, but the driver left the scene. Officials said that terror was not suspected in the incident. Police have opened a search for the driver.