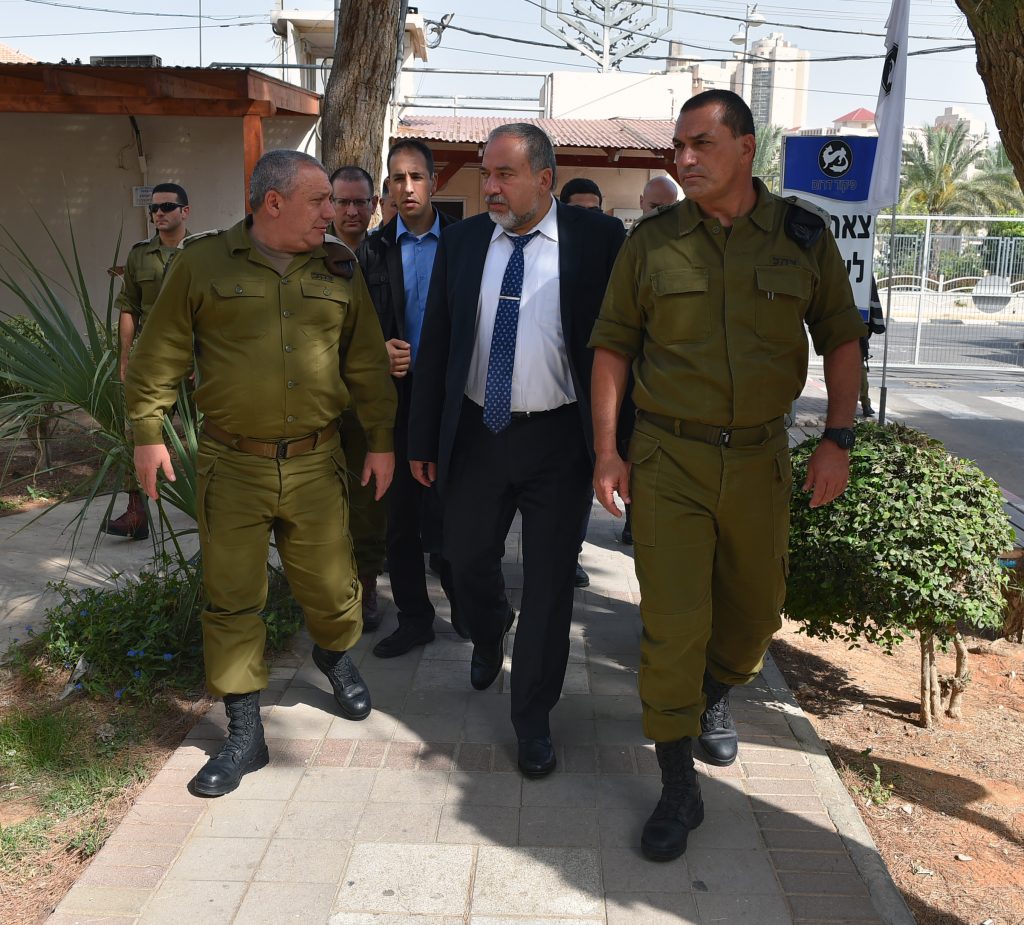 Defense Minister Avigdor Liberman has decided to extend the term of IDF chief of staff Lt. Gen. Gadi Eizenkot by a year.

A statement Wednesday by Liberman says Eizenkot will serve an additional year, for a total of four years. He called Eizenkot a “valued” general who “is leading the military successfully and professionally.”

The announcement lends support to Eizenkot during a tense period. He has faced a fierce public backlash for supporting the prosecution of IDF soldier Elor Azaria. As Azaria’s verdict was being delivered earlier this month, protesters outside the courtroom chanted veiled threats against Eizenkot.

Eizenkot became chief of staff in 2015. The term extension requires approval from the Cabinet.