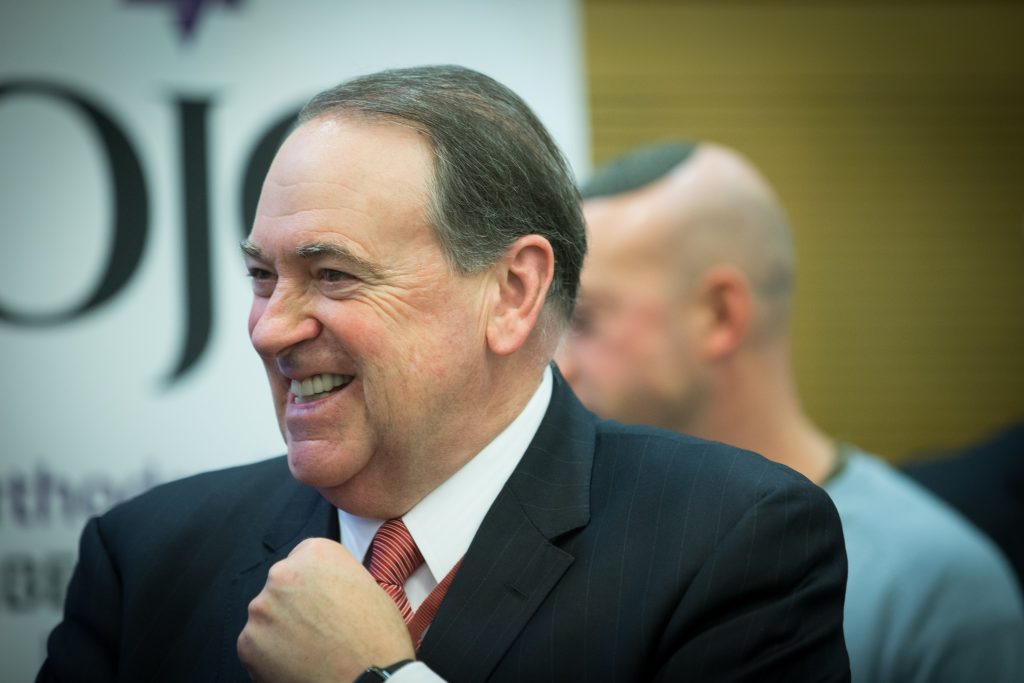 During a visit to Israel on Tuesday, Huckabee told The Jerusalem Post that “the way this administration is behaving in its last days of power is like a person who has to leave an apartment because the lease is up; and before they leave they are going to break every window, pull the plumbing out of the walls, and punch holes in the ceiling,” he said in reference to the recent U.S. abstention in a Security Council vote against Israel.

“Last year the U.N. took one resolution on Russia, one on Syria, one on North Korea and one regarding Iran,” Huckabee said. “They had 20 regarding Israel. Anyone — and I don’t care how much they hate Israel — anyone with even a tinge of objectivity cannot possibly believe that Israel deserved 20 spankings; and Russia, Iran, North Korea and Syria deserved only one each. I mean, no one in his or her right mind can say that the U.N. has become anything but a farce, rather than a force.”

Regarding the parting speech of U.S. Secretary of State John Kerry on the Mideast, Huckabee told a special session in the Knesset that “John Kerry’s speech last week was without any historical precedent at all. No perspective. He made the ridiculous and irrational statement that Israel can either be a Jewish state, or it can be a democracy, but it can’t be both… Mr. Secretary, it is both,” Arutz Sheva quoted him as saying.

His visit, from Monday to Thursday, was part of a delegation representing the Jewish Chamber of Commerce in the U.S.