Israel EXCLUSIVE: The Secret of the Lost Yemenites
Israel 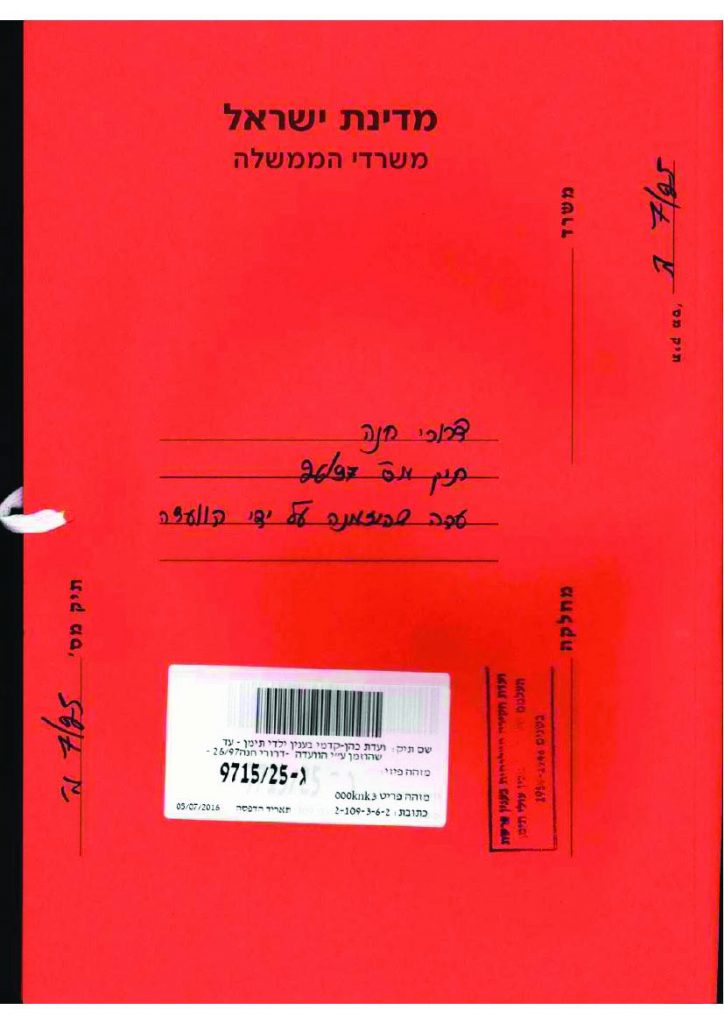 This is a story that goes back to the 1950’s,  where thousands of children from Yemen and other countries disappeared. Investigations went on, but only now are the files being opened.The sociological atomic bomb of Israel is set to explode at the end of this week.

Thousands of Jewish families, and not only Yemenite ones, have waited decades for this moment, when they will have some trace of the whereabouts of a son or daughter who was snatched from them soon after they arrived in Israel in the years from 1948 to 1954.

Some have spoken of about 1,000 children who disappeared. The files of official investigations indicate that the figure is closer to 4,500. The overwhelming majority were from Yemen, but there were also some from other countries.

Here and there, individuals came forth who claimed that they had received Yemenite children during that period.

To this day, there are hundreds of families in Israel and abroad where children’s physical characteristics do not quite resemble those of their legal parents, and who wonder if they might not have come from those vanished Yemenite children.

All the relevant government agencies admit that the children disappeared from hospitals, clinics and even ambulances on the way to hospitals. They claim that the disappearances were due to the inefficient, confused administration and recordkeeping of the health services of a just-established country. They blame the difficulties on the fact that this was a large immigrant population suffering from various diseases which led to the deaths of many infants, and due to poor communication with the families, proper notification was often not made. Often the identity of the deceased or that of the parents was not known, they said.

The Yemenite community accused the government of a cover-up in the three investigations it conducted. The accusations led to angry demonstrations. “How is it possible that we have 4,500 birth certificates or certificates of immigration of these children, but not the children themselves?” they asked.

There were allegations that the babies were sold for $5,000 each, and that the money went to the government, or into coalition coffers, and the pockets of the kidnappers.

The claims reached a peak in the 1960s, when some of the families received IDF orders for their children to report for induction, clearly indicating that, at least as far as the army was concerned, their children were never officially declared dead, as the parents had been told, but were still alive somewhere.

At the end of the series of investigations, relevant state documents were left sealed in the archives, not to be opened for public inspection until 2070.

However, in June 2016, Minister Without Portfolio Tzachi Hanegbi (Likud) was appointed by Israeli Prime Minister Binyamin Netanyahu to look into the matter and recommend which documents could be released.

Some 3,500 files containing approximately 300,000 documents were examined over a six-month period by Hanegbi with the expert assistance of the officials of the national archives.

Documents which had already been published remained so. Information relating to adoptions that could violate the privacy of the persons involved were blacked out and remained confidential. In cases where information about the people involved in an adoption are available and contact can be established with them, inspection of the files can be arranged under court supervision.

The government has allowed journalists who have reported the story for years (including Hamodia) to preview the material contained in the files. The scope of the contents is astonishing; the amount of detail is tremendous. There is no doubt that many will find information hitherto kept secret from them concerning their children, others’ children, relatives, neighbors and acquaintances.

However, it will not be easy to determine from these documents whether the individuals mentioned are still alive today or not. Nor will it necessarily shed light on the nagging question of whether there really was a kidnapping ring at work.

Regarding a file referring to a famous askan who was thought to have possibly been involved in the Yemenite affair and who has since passed away in the U.S., it was determined that he was not in fact involved. However, due to the concerns about the transfer of some of the Yemenite children to the U.S., it was decided to open the file to the public, though that will be pending approval on specific cases from U.S. authorities.

In order to remove any remaining suspicions, immediate relatives will be permitted to inspect all the documents pertaining to them.

United Torah Judaism MK Uri Maklev, who was one of those most active in working for the release of the information, welcomed the decision to make the disclosures. But, he added, the government should make use of DNA checks “that will make possible the revelation of facts that conventional methods cannot.”

MK Hanegbi, himself the son of Yemenite parents, who has watched the saga unfold over the years, said that he personally had found it difficult to accept the findings of the investigatory panels.

“The state was indifferent to the plight of the immigrants, and its conduct was not befitting the values of the Jewish people. The steps we have taken will allow all to delve into the matter,” adding that the disclosure about to be made was “without precedent.”

Among the families of the missing Yemenite children, they are hailing this as “an historic day, the first step in discovering the truth,” but agree that there is still much to be done. They are hopeful that now, at last, some of them will be able to locate their children, brothers and sisters, and that the now-grown children will know that their families have searched for them all their lives.

However, Dr. Dov Levitan of Bar-Ilan University, an expert in the Yemenite immigration, cautioned that “anyone who is hopeful about the opening of the archives will be disappointed. They will be broken-hearted.

“In the news media and social media they are saying that the government has been hiding information from them for 70 years. People will come and expect to find materials incriminating the senior officials of the Israeli government at the time, heads of the Mapai party who ran things during that period. But I am familiar with the materials, and there is nothing of that kind.”

What will they find? Death certificates and burial documents, health records and the like, dry documents which will not answer the burning questions.

National archivists Dr. Yaakov Lezubik and Itamar Yoel, both shomrei Torah umitzvos, devoted all their time to preparing the files for public viewing. This week, as they opened them up for journalists to preview, they told us, “This is a precedent-setting achievement. It should be titled, ‘Es achi anochi mevakesh — It is my brother for whom I search.’ ”