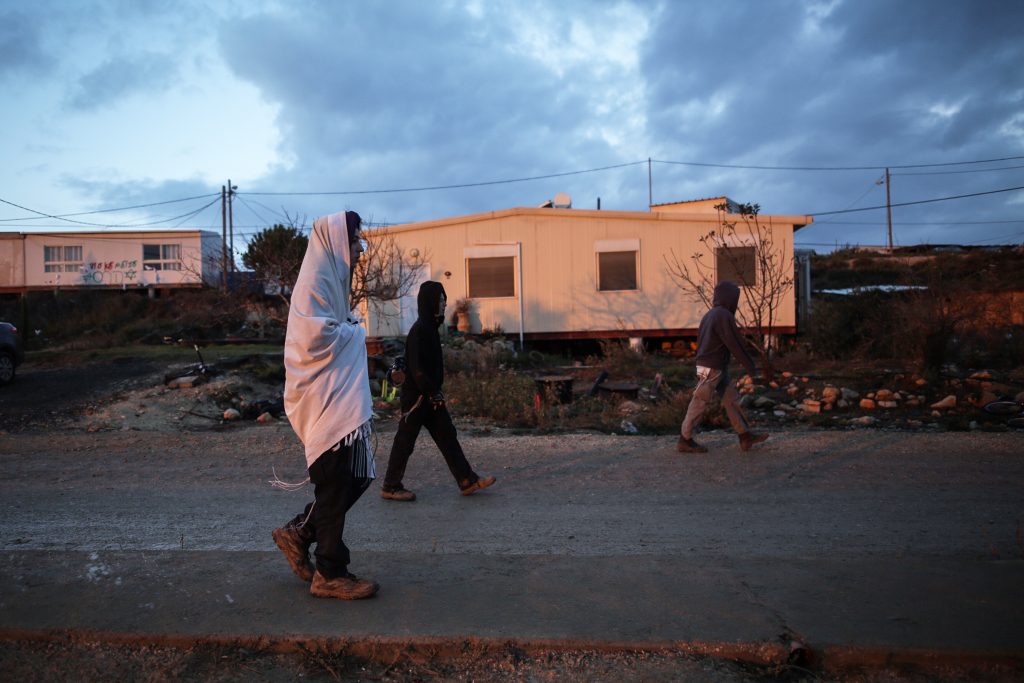 Some 2,000 people spent the night at Amona, and more were on the way, in the hope that their numbers would discourage security forces from acting too harshly in the removal of the residents of the site from their homes. In a statement Motzoei Shabbos, Rabbi Yair Frank, the Rav of the community, called on all those protesting the evictions not to participate in violence.

In a notice that circulated over Shabbos, Rabbi Frank wrote that “our determined opposition to the evacuation of Amona will be displayed by passive resistance alone. It is clear to us that no one must raise a hand against police or soldiers, who are our brothers. We call on the thousands who have arrived to help to struggle, but not to lay a hand on anyone, and to avoid violence altogether.” The notice was endorsed by other Religious Zionist Rabbanim who had stayed in the community over Shabbos, including Rabbi Dov Lior, Rabbi Yaakov Ariel, Rabbi Chaim Druckman, Rabbi Shmuel Eliyahu, Rabbi Elyakim Levanon and others associated with the Religious Zionist movement.

According to reports, the police were making final preparations for the eviction of the families in Amona and the demolition of dozens of structures, at the order of the High Court. Four sections have been cleared in prisons around the country, reportedly where detainees who resist the attempts to remove residents and protesters will be sent. In a statement, the Prisons Service said that they were prepared to absorb the “special populations” that would be arrested and detained, including mothers and children who would be arrested resisting the evictions.

The government has been working very hard to avoid repeats of the events of 2006. Then, police and officials of the Civil Administration evacuated and razed nine buildings in Amona, facing down 4,000 Israeli protesters in a traumatic operation that saw dozens of people, including three MKs, injured.

Meanwhile, the IDF denied reports that it had ordered soldiers to leave their bases on Shabbos for deployment in preparation for the evictions. According to witnesses, dozens of soldiers arrived at the Givat Assaf junction adjacent to Amona at about 4 p.m. Shabbos afternoon. The soldiers came in two buses, accompanied by six or seven IDF vehicles.

Rabbi Eyal Karim, the IDF Chief Rabbi, confirmed that there had been activity in the area on Shabbos, but said that it had nothing to do with the Amona evictions. “I received many phone calls after Shabbos regarding this,” he said in a statement. “Those who called me – including numerous Rabbis in the IDF – apparently decided, without confirming it, that this deployment was connected to Amona. After a thorough investigation, I determined that the incident was security related, involving a specific problem that needed to be dealt with immediately, and was not related to the evacuations. It is very important to ask and demand answers, but it is just as important not to make assumptions.”