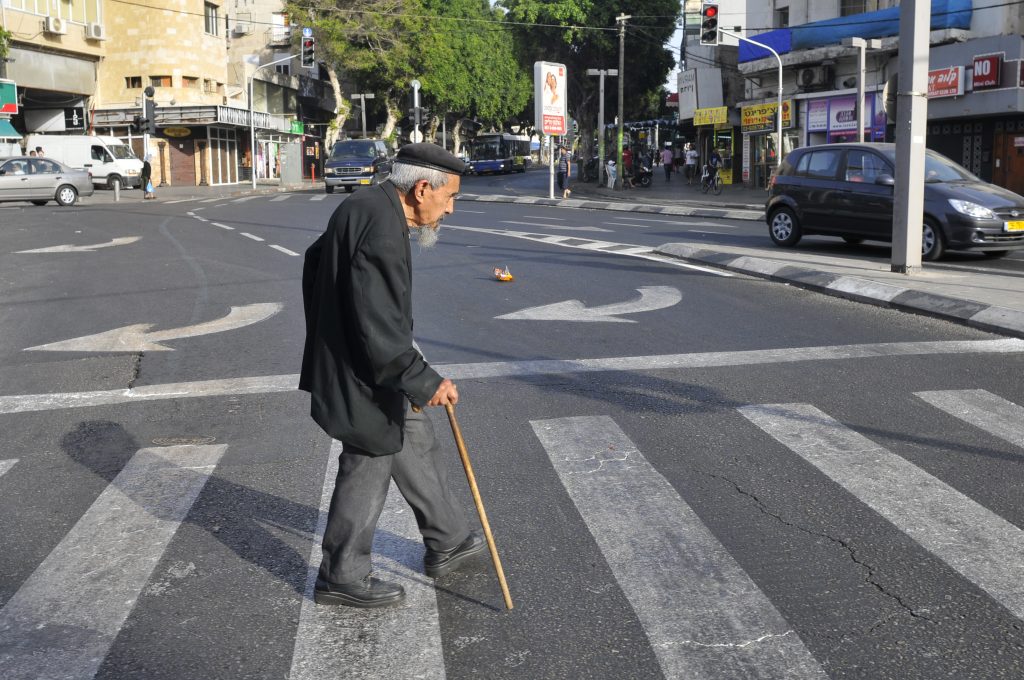 The government has approved legislation of a measure that would eliminate what experts said was one of the most common causes of traffic accidents: Crossing a street when a green light allows drivers to make a right turn.

In Israel, traffic lights generally allow cars to move either through a light along the same street, or to make turns; the concept of making a left turn while oncoming traffic has a green light, as is the case on most streets in New York, is unknown here. When through traffic has a red light, cars can either make left turns or right turns from either direction. Pedestrians cannot cross a street when cars are making a left turn that would enter their path, but they can cross when cars are making a right turn – and it is there, where drivers are expected to wait while pedestrians cross, that many accidents occur, according to experts.

The way to prevent those accidents, said MK Hamad Amar (United Arab List), head of the Knesset Lobby against road accidents, was to eliminate the possibility of crossing the street when cars make those right turns, and a new law he has proposed – and which is supported by numerous MKs from the coalition, including from Yisrael Beitenu, Shas and United Torah Jewry – will do so.

Under the new law, traffic lights would be recalibrated to allow pedestrians to cross only when all traffic at an intersection is at a standstill. The change, if approved by the Knesset, will require extensive reformatting of traffic lights, as changes would have to be made to the length of red lights and the gaps between the times pedestrians are allowed to cross.

It will be worth the effort, said Hamad. “This law will arrange for pedestrians to be able to cross streets without fear of oncoming traffic. This is a simple law that will cost the state little money to implement, but will significantly reduce the number of traffic accidents and injury to pedestrians.”