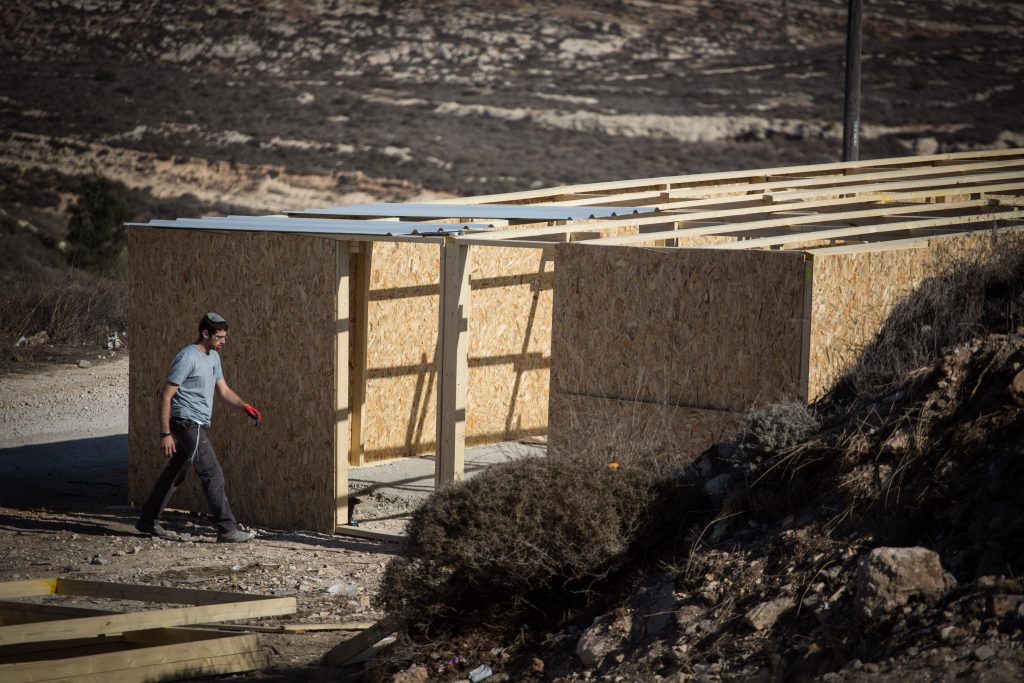 While tension mounts as the demolition deadline for the evacuation of the Amona outpost approaches, a delegation of left wing activists has been meeting with local residents to open a dialogue on the divisive issues at hand.

The grassroots movement Darkenu, formerly known as V15, whose mission has been to topple the Netanyahu government, visited Ofra this week, where houses are also ordered to be razed, and will do so again next week, The Jerusalem Post reported on Thursday.

Esther Brodt from Ofra, who faces the loss of her home, hosted Darkenu activists for three hours this week. She has arranged for an encounter with her neighbors in Amona next week, though it too will be in her home.

Brodt admitted “not everyone is like me” in Amona, but she was optimistic about the meeting.

“I don’t see them as my enemy,” said Brodt. “The people in Amona may argue with them with strong tones, but they will still greet them warmly.”

Darkenu CEO Polly Bronstein said that her group comes bearing two messages: that they want all Jewish communities in Yehudah and Shomron that are not in blocs evacuated; and that nevertheless, the people there are their brothers and sisters.

“We feel their pain, which is the result of government policies over decades that harmed them,” Bronstein said. “We want them to prefer the unity of the land and honor decisions of the High Court, but we are also coming to listen and tell them we care.”

Bronstein acknowledged a lack of sympathy in the center-left for thousands of people who risk losing their homes due to Palestinian claims on the land put forward by leftist lawyers and activists. But, she explained, their visits are aimed at correcting that.

“I don’t expect to have tomatoes thrown at us, because we are coming in solidarity,” she said. “I believe that even though the people there have a right to be frustrated, we will be welcomed with warmth.”

Meanwhile, two minors who had been arrested for allegedly disturbing the peace by participating in a protest against the Amona evacuation in which tires were burned to block a major road in the Shomron, were released, Arutz Sheva reported.

Judge Karen Miller of the Yerushalayim Magistrates Court ordered the release of the two boys, 14 and 15, because there was no evidence they had anything to do with the tire burning.

However, ordered one of the boys to remain under house arrest for 5 days and pay a 1,000 shekel fine ($250). Both were banned from entering the Binyamin region for the next month.

Attorney Avichai Hajbi, from the Honenu legal organization, filed an appeal on their behalf.

Hajbi contended that the court’s action is politically motivated, for “the purpose [of these conditions] is to ‘cleanse’ the region of Amona and Ofra [in order] to evacuate and [leave it in] ruins.”

Honenu stated that the conditions imposed on the boys “indicate that the authorities plan to take a hard line against those who protest against the decision to destroy Amona.”

“The prosecution and the Israel police have declared war on the Amona Campaign. These extraordinary measures…are reminiscent of the methods used against opponents of the expulsion from Gush Katif and northern Shomron.” Honenu declared.