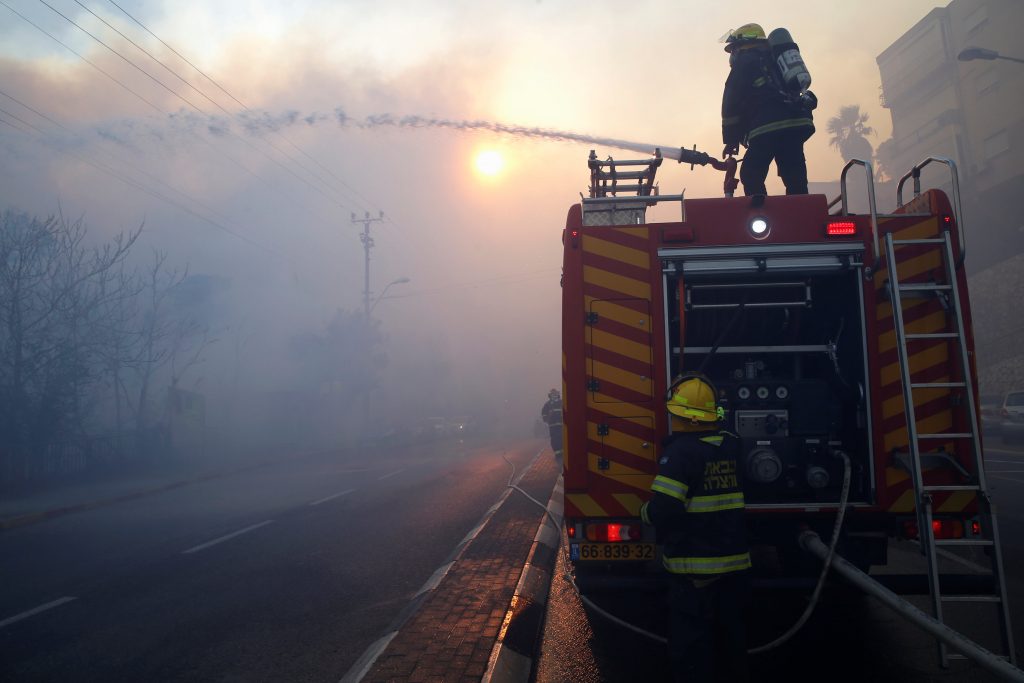 Owners of small businesses who were burned out in the major fires that Israel experienced last week are hopeful that government promises to compensate Israelis damaged by the fires will include them – but optimistic they are not, said Anbar Bazak, head of a lobby group representing small businesses. “We have had bitter experience in getting compensation for these kinds of catastrophes,” Bazak of the Small Business for Change organization told Channel Ten. “The system is not geared towards helping us.”

For example, said Bazak, “during Operation Protective Edge two years ago, many businesses in southern Israel were damaged by rocket fire. The government offered quick payouts for businesses that were suffering from lack of sales, and many took them – but they were far less than was needed.” The businesses, said Bazak, could not afford to wait for a full evaluation of their damages, and small businesses are afraid the same thing will happen in the aftermath of the fires.

Besides damages, there is the issue of lost business, with stores still closed down as fire inspectors process the scene in the affected areas.

Getting an insurance adjuster to authorize a payment is just the first step in what could be a long journey, and that could apply to homeowners who suffered damage as well. “Even those who got awards had to go through a great deal of bureaucracy to get the money, and after that they have to get new permits to operate the business in a new location or to rebuild – more bureaucracy.”

On a visit to the town of Nataf Tuesday, which was hit by a major fire Friday, Kachlon said that he had “instructed the Ministry to assist anyone whose house has been damaged. Regardless of whether or not the fires are declared terrorism, the state will stand behind all citizens during this time of crisis. We will not allow citizens to be ignored.” It was not clear that he was referring to businesses as well, however.

On Sunday, Kachlon promised that the aid would be quick to arrive. “I have ordered officials to evaluate all the damage to homes by Thursday the latest. The adjusters will quickly make their report, and we will transfer the funds due to each household within 24 hours.”