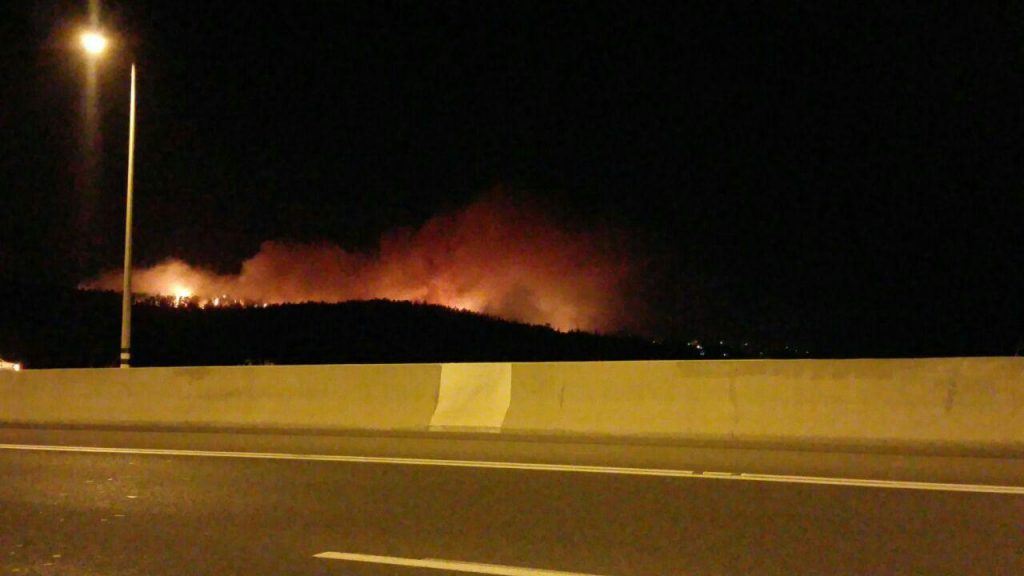 High winds were hampering efforts by firefighters Tuesday morning to douse a major blaze that broke out in the Latrun region, northwest of Beit Shemesh. Over 140 firefighters, along with ten planes spraying water, were trying to bring under control the blaze that broke out in the Latrun Forest Monday night. Dozens of residents of the Neveh Shalom kibbutz were evacuated as flames threatened homes in the settlement.

The fire began about 11 p.m. Monday night and raged throughout the night, spreading due to the extremely dry conditions in the area. Although Israel’s rainy season began nearly a month ago, there has still not been significant rainfall in many parts of the country, including the Judean Hills, where Latrun is located.

In addition, Israel has been experiencing a bout of higher than normal temperatures, along with hot, easterly winds this week, and all those factors have hampered firefighting efforts. Fire officials warned Israelis to be extremely careful Tuesday, as the relatively hot and dry weather was set to continue throughout Tuesday.

Relief is expected Tuesday night, as rain and thunderstorms are predicted to begin late Tuesday and extend through Wednesday, forecasters said.