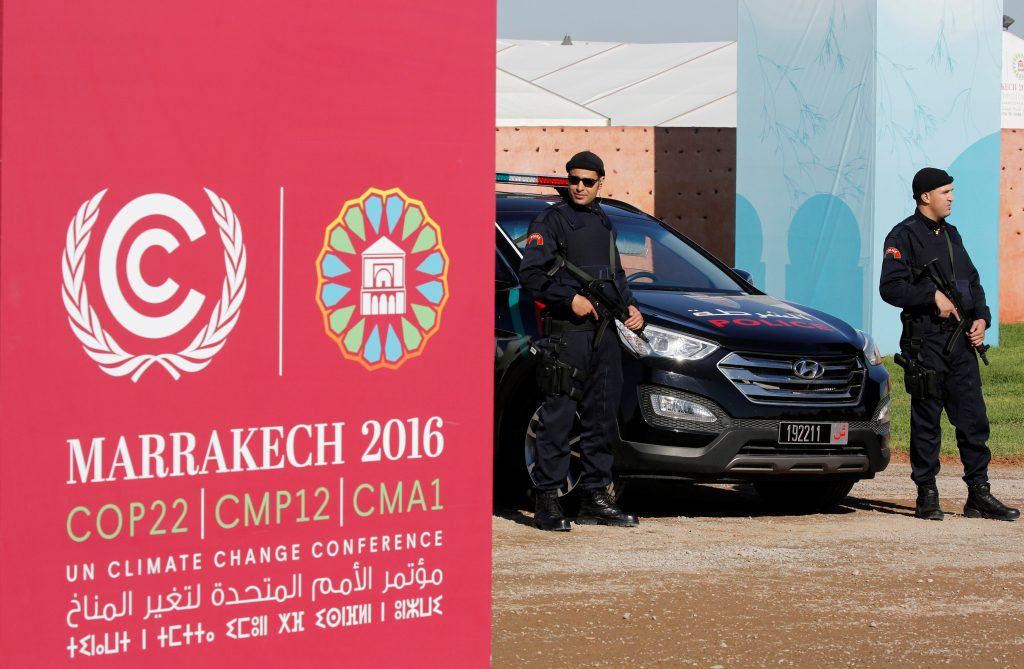 The mere sight of an Israeli flag is still enough to touch off protests in Arab capitals.

So it was in the Moroccan capital of Rabat on Wednesday when over 200 people demonstrated against the Israeli flag being flown alongside those of 195 other countries at U.N. climate talks in the central city of Marrakech.

“Death to America, death to Israel!” demonstrators cried while burning the Israeli flag and holding up anti-Israel placards, including one that read: “Israeli Apartheid.”

Several pro-Palestinian groups were involved in organizing the protest and calling on the government authorities to remove the flag earlier this week.

Morocco’s Foreign Minister Salaheddine Mezouar responded that “U.N. meetings around the world welcome all nations,” and that the fight against climate change “requires all governments to commit.”

Mezouar denounced such “political exploitation” of the climate talks, which are scheduled to continue to November 18.

He noted, though, that his country supported Palestinian observer status at the United Nations in 2012, and that Morocco is “the first to defend the Palestinian cause.”