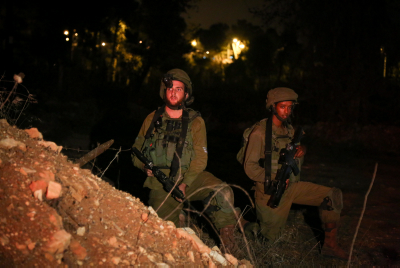 IDF troops overnight Monday raided the home of Muhammad Turkman, the terrorist who opened fire at Israeli soldiers on Monday evening near Beit El. Turkman, who turned out to be a member of the Palestinian Authority security force, was killed after he opened fire and injured three IDF soldiers, one of them seriously. Soldiers overnight arrested Turkman’s brother and seized work permits held by members of his family.

A PA media report said that PA security forces had themselves raided Turkman’s home in recent days, searching for weapons on the rumor that he planned to carry out a terror attack. The IDF did not comment on that report.