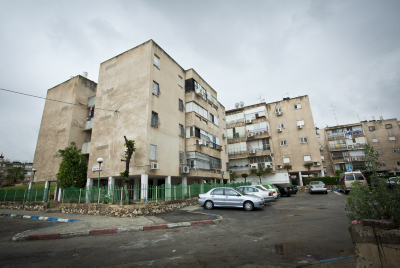 The mayor of Lod plans to “fight fire with fire” in his attempts to regulate the loud calls to prayer emanating from mosques in the early morning hours – with an equally loud rendition of Shema Yisrael.

The new program was announced by Mayor Yair Revivo on Tuesday night, during the course of hakafos sheniyos in the city. A liturgical rendition of the prayer was given by Aryeh Levi, a member of the city council and a chazzan in his own right. Revivo said that officials had recorded the rendition, and that if local Muslim officials did not take steps to quiet the call to prayer emanating from mosques, he would ensure that the Jewish “call to prayer” was played just as loudly.

Revivo stressed that the issue was not race or religion, but peace and quiet. Muslims pray five times a day, and four of those times are during the daylight hours, through sunset – with the first occurring about an hour and a half before sunrise. Israeli officials have for years tried to regulate the early morning call to prayer, devising programs, laws, and regulations to prevent the loud recordings from being played, especially in mixed Jewish-Arab cities like Lod – but to no avail.

In a statement, Revivo’s office said that “the use of loudspeakers for the call to prayer has over time turned into a national phenomenon, and causes much suffering and annoyance for residents, who are awakened from their slumber in the early morning hours and are subject to the call several times a day. Both Jews and Muslims who live near mosques have complained about the noise. The city has tried to limit this phenomenon using legal means, as the call to prayer is a serious violation of laws against noise, but so far we have been unsuccessful.”