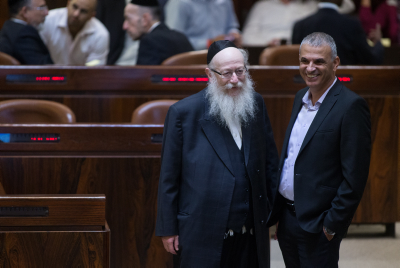 A joint subcommittee will be formed to develop a plan to reduce costs of gluten-free products. At least NIS 9 million will be allocated to provide assistance to local producers to improve their production technology and facilities, with the assistance specifically aimed at small and medium producers. In addition, the Ministries will waive requirements for special certification for such producers as facilities with “good manufacturing processes” for gluten-free foods.

Like in many other countries, gluten-free foods have skyrocketed in popularity in Israel in recent years. Whether due to better diagnosis of celiac diseases or diets that recommend reducing the intake of gluten, a market that was minuscule a decade ago is now worth over NIS 150 million a year, and it is growing about 20 percent annually. According to celiac disease activists, about 35,000 Israelis suffer from the disease, but as many as 70,000 are thought to buy gluten-free products on a regular basis.

The increased demand has led to increased supply, which has brought down prices, but gluten-free products are still more expensive – sometimes significantly so – than gluten-based products. For example, “regular” cornflakes cost about NIS 1.5 per 100 grams, versus NIS 2.8 for gluten-free; gluten-free “bread crumbs” (made out of potato or corn starch) costs NIS 15 for 200 grams, compared to NIS 2.5 for the regular product; and a loaf of gluten-free bread averages NIS 10.9, as opposed to NIS 4.9 for gluten-based bread.

Rabbi Litzman said in a statement that “this is an important social project, and has developed from our recognition that those suffering from gluten intolerance deserve equal rights. I appreciate the work that Minister Kachlon and the Economy Ministry have done in bringing this to reality for the benefit of the public.”

In his own statement, Kachlon said that “the cost of living is one of the central challenges in the day-to-day lives of average Israelis, and how much more so for those who have to buy special products, such as gluten-free products. An affordable food basket is not a luxury, but a basic necessity, and for those suffering from celiac diseases, gluten-free products are a necessity.”