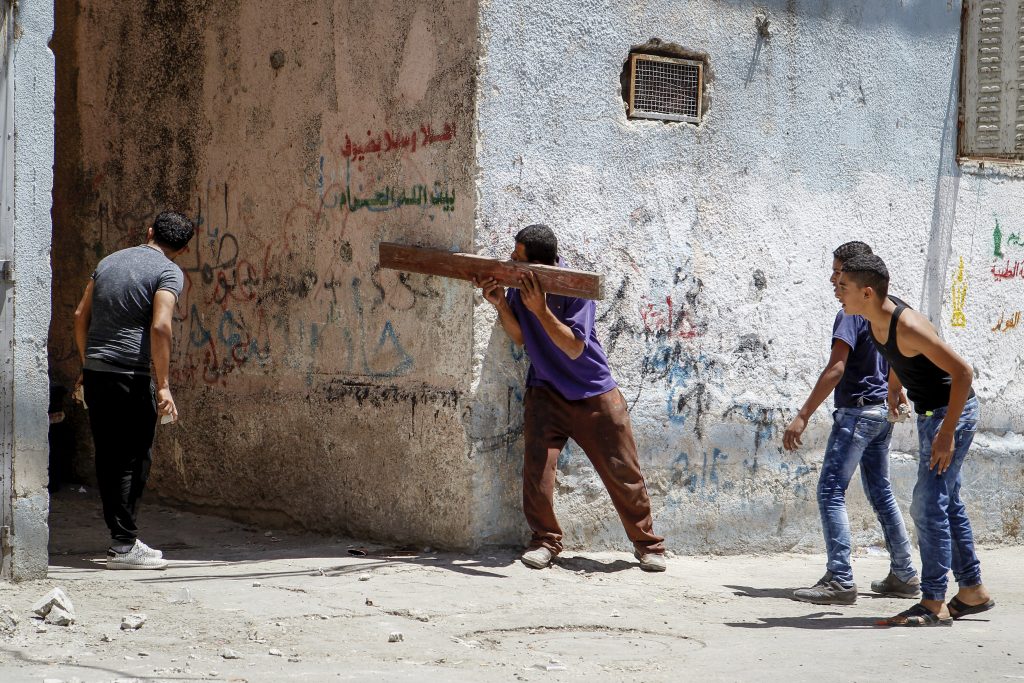 A 17-year-old Palestinian was shot to death by IDF soldiers during rioting in the al-Fawwar refugee camp near Chevron on Tuesday evening, according to a Palestinian report.

The soldiers were responding to a rock and brick throwing assault that went on all day Tuesday, during which they used riot control weapons to quell the disorders. The IDF forces entered the camp to carry out house-to-house searches for terror suspects and weapons, and dozens of local Palestinian youths answered with rioting. Rubber bullets were fired against the Palestinians, according to The Associated Press.

The Palestinian Health Ministry said the teenager who had been shot, Mohammed Abu Hashhash, was hit in the chest and taken to a government hospital in Chevron in critical condition, and subsequently died.

The count of injured has varied, from 40 Palestinians, according to the Red Crescent as of Tuesday morning, versus 24 lightly injured according to IDF sources. The military said that no IDF soldiers were hurt in the day’s action, which involved three battalions.

The military said it has so far seized two pistols, a commando knife, stun grenades, ammunition and military equipment including vests, helmets and canteens.