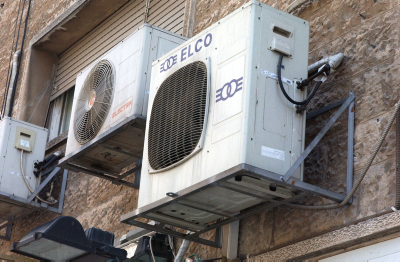 Tax officials want air conditioner installers to feel some heat – and are demanding that Israelis help them. In recent days, thousands of people have received letters from the Tax Authority asking for details on who installed their air conditioners – how much they charged, when the work was done, how many people were on the installer’s staff.

Ignoring the letter is not an option, the Authority said. According to the law, the Authority does indeed have the right to demand that citizens “tattle” on individuals or businesses that are considered likely tax cheats, such as air conditioner installers, who are usually paid in cash and do not provide receipts. While that is not necessarily an indication that they are not paying taxes, like VAT (value added sales tax) – although it is illegal to accept money without providing a receipt – tax officials said that there was enough reason to check the tax credentials of the installers.

While there are many other services that would also likely be tax bounties for the Authority if they set their mind to investigating them, officials told Globes that air conditioner installation was usually a major expense, with thousands of shekels paid out.

This is not the first time the Authority is resorting to “tattling” tactics. Two years ago, it sent out 118,000 letters to individuals suspected of failing to pay taxes. 80,000 responded and paid off their debt, and in recent months the Authority has begun questioning those who failed to respond to a second letter on the matter.