Israel Erdan: Zuckerberg ‘Has Jewish Blood on His Hands’
Israel 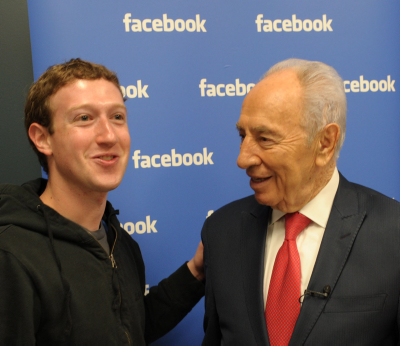 The blood of Jews murdered in terror attacks is on the hands of not only the terrorists who carry out those attacks, Public Security Minister Gilad Erdan said Motzoei Shabbos, but also on the hands of a man half a world away – Mark Zuckerberg, the CEO of Facebook. Speaking in an interview on Channel Two, Erdan said that the social media site was being used for “monstrous purposes,” spreading the message of terrorism to encourage more attacks on Israelis.

Zuckerberg, he said, was providing terrorists with the platform to spread that message, and a lack of response by Facebook to pleas by the Israeli government to shut down terrorist-affiliated pages on the platform had gone unanswered.

It’s not just Israelis who are being “persecuted” by Facebook in this manner. “Unfortunately, since the rise of ISIS, we see that Facebook has turned into a monster,” said Erdan. “The younger generation of Palestinians sees all the commotion regarding terror, all the incitement and lies that in the end bring them to carry out terror attacks and murder. This is all due to Facebook.”

Recent murders of Israelis, including that of Hallel Yaffa Ariel, Hy”d, the 13-year-old who was murdered while she slept in her home in Kiryat Arba last Thursday, could be laid at the doorstep of “Mr. Zuckerberg,” said Erdan, because “they could have reported posts that terrorists put on their pages, such as in the case of last week’s horrible murder.”

Press reports said that the terrorist murderer, Muhammad Tararia, had recently written numerous posts praising terror attacks against Israelis, with the last one saying that “I have the right to die as a martyr, and I want to take advantage of this right.”

While it is not Facebook’s responsibility to seek out such posts, it is the company’s obligation to do something about them when they are brought to the company’s attention – and they have refused to do so. There have been several instances, Erdan noted, where police shared with Facebook disturbing information about a resident of Yehudah and Shomron, “and the company does not cooperate.”

Israel has repeatedly said that incitement in the Palestinian media has been an important factor that spurs terrorists, often teenagers, to launch attacks.

In response, Facebook said that it “worked on a regular basis on security matters throughout the world, including in Israel, in order to ensure the safe use of Facebook. We call on people to use our tools to draw attention to content that violates our terms of service and usage, so that we can check each incident and take the required action. Facebook has an ongoing conversation with the government on these matters.”