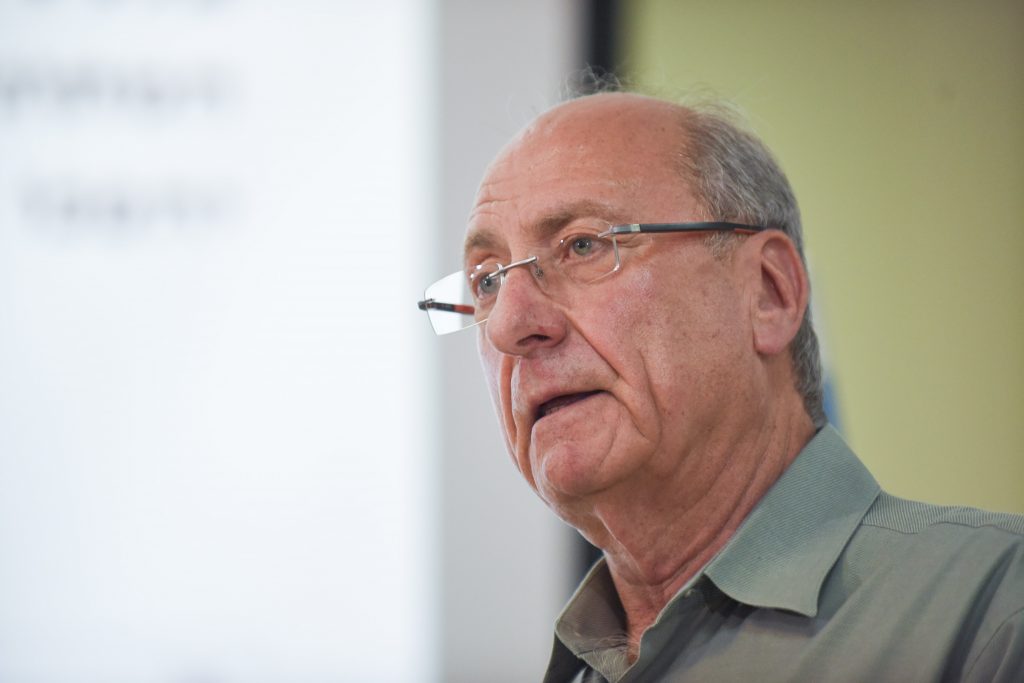 Long-serving Prime Minister Binyamin Netanyahu faces a potentially formidable challenge to his leadership — not from Israel’s civilian politicians but instead from its security establishment.

An extraordinary array of former top commanders are criticizing Netanyahu in increasingly urgent terms, accusing him of mishandling the Palestinian issue and allying with right-wingers bent on dismantling Israel’s democracy.

On Tuesday, Commanders for Israel’s Security, a group representing more than 200 retired leaders in Israel’s military, police, Mossad, and Shin Bet security agency presented a plan to withdraw from over 90 percent of Yehudah and Shomron and freezing Jewish construction in such areas.

“Things are getting worse and worse,” said retired Maj. Gen. Amnon Reshef, the group’s founder and a former commander of Israel’s armored corps. “What kind of future do we have here? What are we going to leave for our kids and young children?”

Although a peace deal may not be possible at present, “still something can and should be done right now,” he said.

Netanyahu has publicly endorsed the two-state solution and is currently in talks with world leaders to revive the peace process, but Reshef and his colleagues want to see something concrete.

David Bitan, the chairman of Netanyahu’s coalition, commented on the development last week. “Something happens to people when they become Mossad and Shin Bet directors. They turn into leftists,” he said. Opposition politicians countered that the security heads are hard-headed realists who base their assessments on facts.

One of the first signs of the trend was a 2012 documentary called “The Gatekeepers,” in which all six then-living heads of the Shin Bet internal security agency appeared to agree that the Israeli presence in Yehudah and Shomron is not sustainable.

Uri Savir, a dovish former peace negotiator, wrote in a column this week that former security chiefs overwhelmingly support the two-state solution. With the civilian Israeli opposition so weak, an ex-military man is the best hope for replacing Netanyahu, he said.

He called the situation “an unprecedented emergency” in which “there probably is no choice … but to allow retired generals to save democracy.”