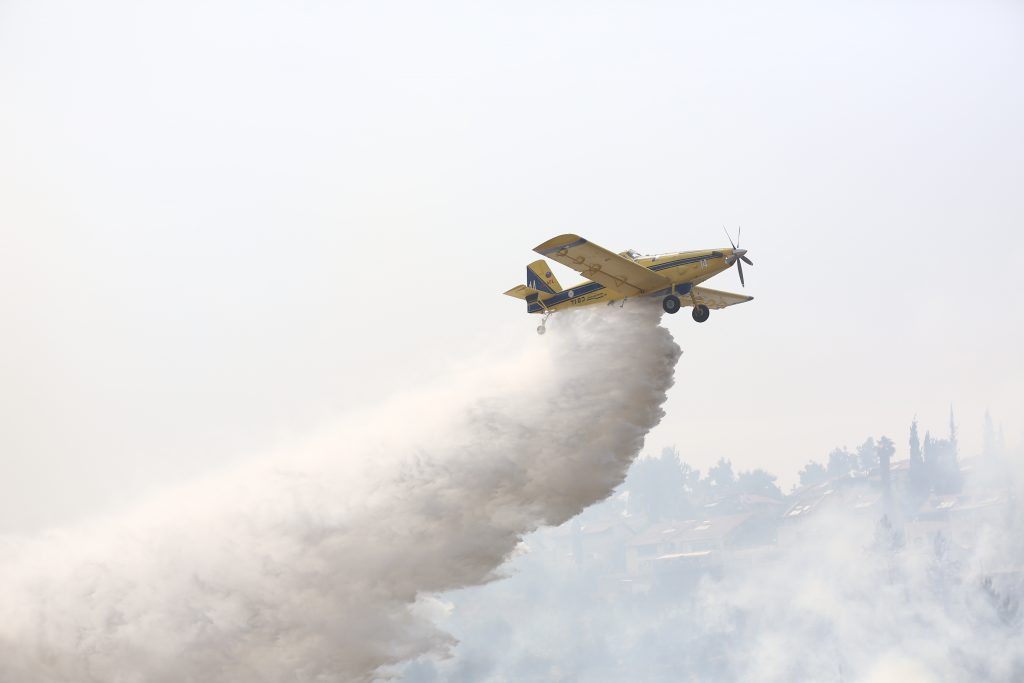 Israeli firefighting planes departed for Cyprus Motzoei Shabbos to assist in dousing a large forest fire that broke out in the Mediterranean island country. Prime Minister Binyamin Netanyahu responded positively to requests by the government of Cyprus for help in fighting the blaze that was burning out of control in the town Argaka on Paphos.

Strong winds were hampering efforts to put out the fire, which has already raged through five kilometers of forest areas. Israel will be sending planes to douse the flames from the air, as well as to drench areas at the perimeter of the fire to prevent a further spread of flames. Israel will also be sending advanced firefighting equipment to help out. The Israeli planes left late Motzoei Shabbos and were to arrive in Cyprus around midnight.

Israel has significantly upgraded its firefighting capacity since the Carmel forest fire in 2010. During that fire, Cyprus along with other Mediterranean countries sent assistance to help put out that fire.