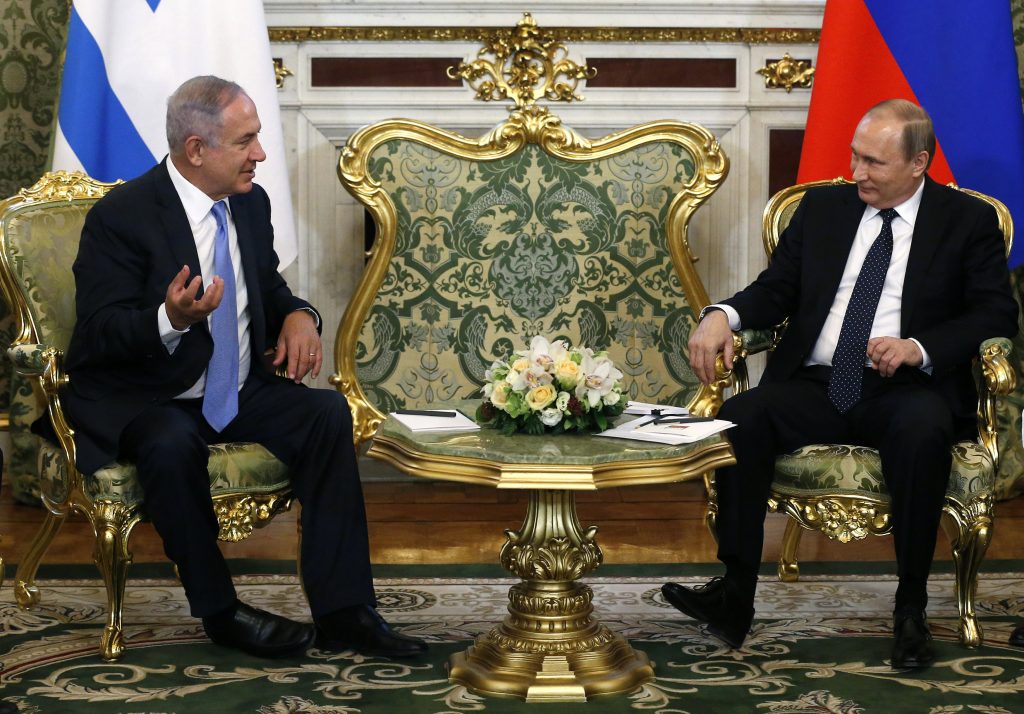 “Our doors are open to every company in every country that has major experience in developing gas fields, including, of course, Russia,” Netanyahu said.

He also noted that there are no legal obstacles preventing Russian companies from doing business in Israel.

In 2012, a decision was made to prevent Gazprom from becoming a partner in the Leviathan natural gas field. Tuesday’s statement, which contravened that, confirmed rumors that circulated when Netanyahu met Putin last October that Israel had plans to change the policy.

In his meetings with Putin, Netanyahu discussed possible cooperation on developing Israel’s gas fields as well as the situation in Syria and Israel’s relations with the Palestinians.

During the press conference, Putin was asked about Russia’s gas agreements with Poland that are due to expire in 2022. He replied that Russia’s national gas company Gazprom is looking for other partners in Europe as an alternative source to Poland for buying gas. He said jokingly that perhaps Israel could buy gas from Russia and sell it back to Poland.