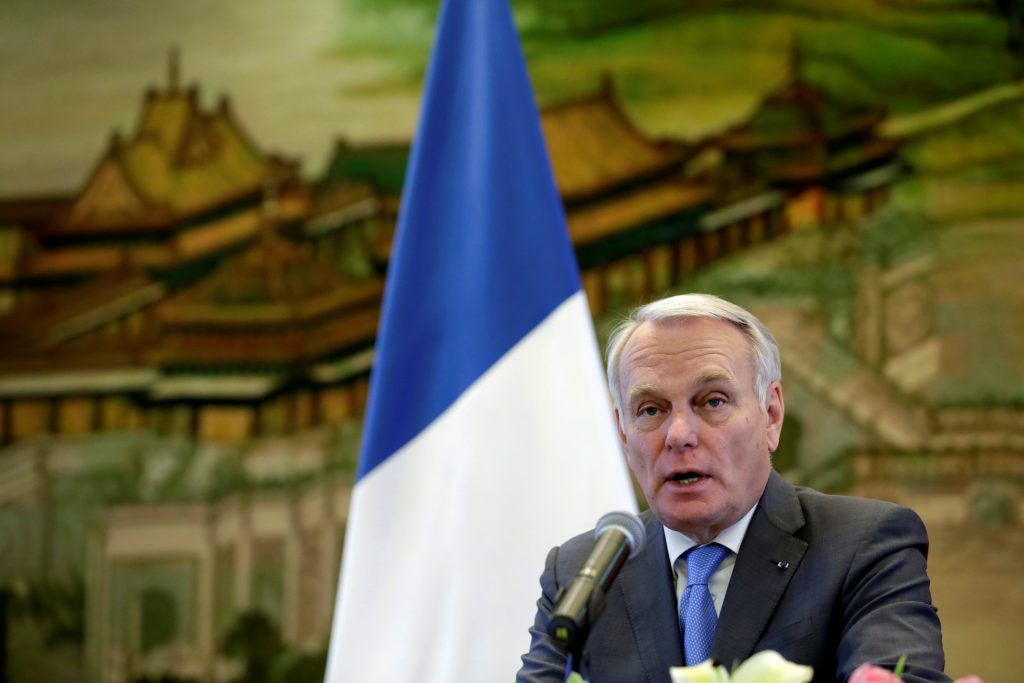 A paper issued by the French foreign ministry ahead of the peace conference in Paris places blames on the Israeli presence in Yehuda and Shomron for the stagnant peace talks, while failing to find any fault with the Palestinians, The Jerusalem Post reported on Thursday.

The brief document, ostensibly intended to explain the French initiative, claimed that the two-state solution was under increased threat, “particularly with regard to continued settlement activities.”

However, it failed to say anything about ongoing Palestinian terror and incitement, the consistent refusal to recognize Israel as the Jewish state, or the Palestinians’ unilateral diplomatic activities in breach of the Oslo Accords.

The ministry explained that the initiative was launched “because the situation in Israel and the Palestinian Territories is worsening due to the lack of prospects for negotiations.”

The Paris summit of some 30 countries will be held on Friday. That is to be followed by talks “on the details of organizing an international conference, to take place by the end of the year, with the Israelis and Palestinians.”

Neither Israel nor the Palestinians were invited to take part in Friday’s meeting.

Meanwhile, a Washington Post editorial published Wednesday night warned that the French peace initiative signals the beginning of a multilateral effort to formulate a plan for Palestinian statehood by Western powers, including the United States.

U.S. President Barack Obama, the editorial reads, “is said to be weighing whether to support a UN Security Council resolution later this year spelling out terms for a two-state solution” – a measure that Israel has long opposed.

The paper deplored the appointment of Avigdor Liberman as defense minister, describing him as a “hard-line nationalist with an abysmal international reputation,” not calculated to advance the cause of peace.

Regarding Netanyahu and Liberman’s statements this week endorsing a two-state solution, along with parts of the 2002 Saudi peace plan, the editorial dismissed them as merely “an effort to mitigate the diplomatic damage.”

But such “rhetorical gestures are unlikely to reduce the international pressure unless accompanied by actions,” the editorial said, while suggesting that declaring a freeze on construction in Yehuda and Shomron “would be a good start.”

It failed to mention, however, that the last time Netanyahu agreed to a moratorium on building it did not bring the Palestinians to the peace table.