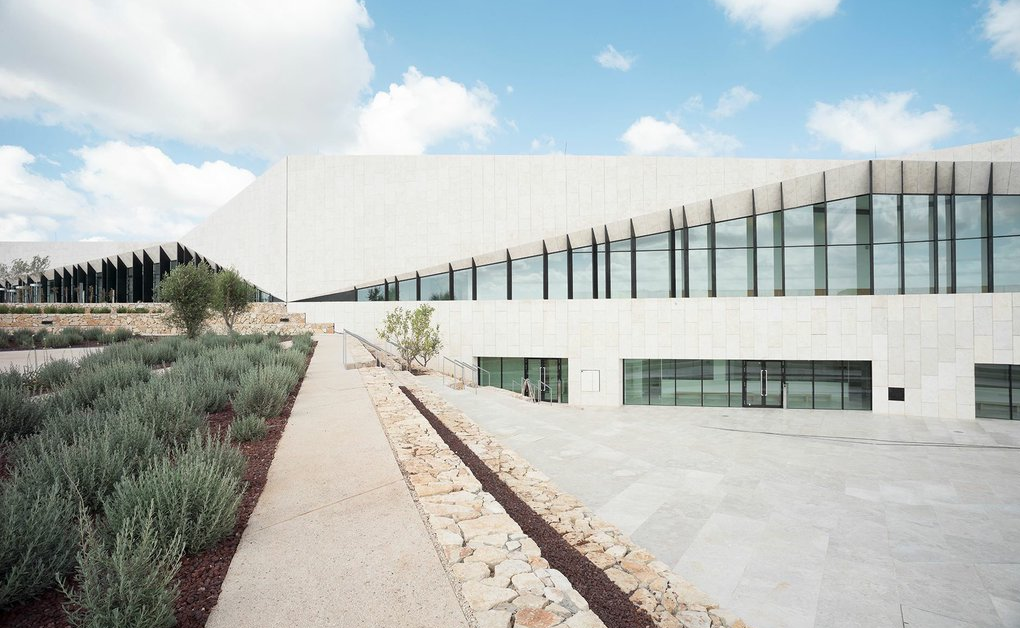 The Palestinians opened a dazzling new museum Wednesday – the largest museum aimed at displaying Palestinian history and culture – but the building is devoid of exhibits.

Palestinian President Mahmoud Abbas inaugurated the museum, the biggest project the Palestinians have undertaken in terms of scale, space and budget.

But the museum’s halls are empty as organizers decided to celebrate the building completion before they could arrange any exhibits. In addition, a dispute over different creative visions for the museum’s opening led to the resignation of the previous director only six months ago.

The Palestinian Museum’s Chairman, Omar Al-Qattan, concedes that the first collection won’t be on display until the end of this year; nevertheless he says that it was important to go ahead with the inauguration.

“We had the option of opening to either celebrate the building and then starting the program’s development and opening the first exhibition later, or doing everything at the same time, which would have meant probably six or eight months of delays,” Al-Qattan said.

Although the idea of the museum was first launched in the late 90s, it wasn’t until a little over three years ago that building construction started. The edifice is located on a 40,000 square-meter piece of land and its completion cost $28 million, Al-Qattan said.