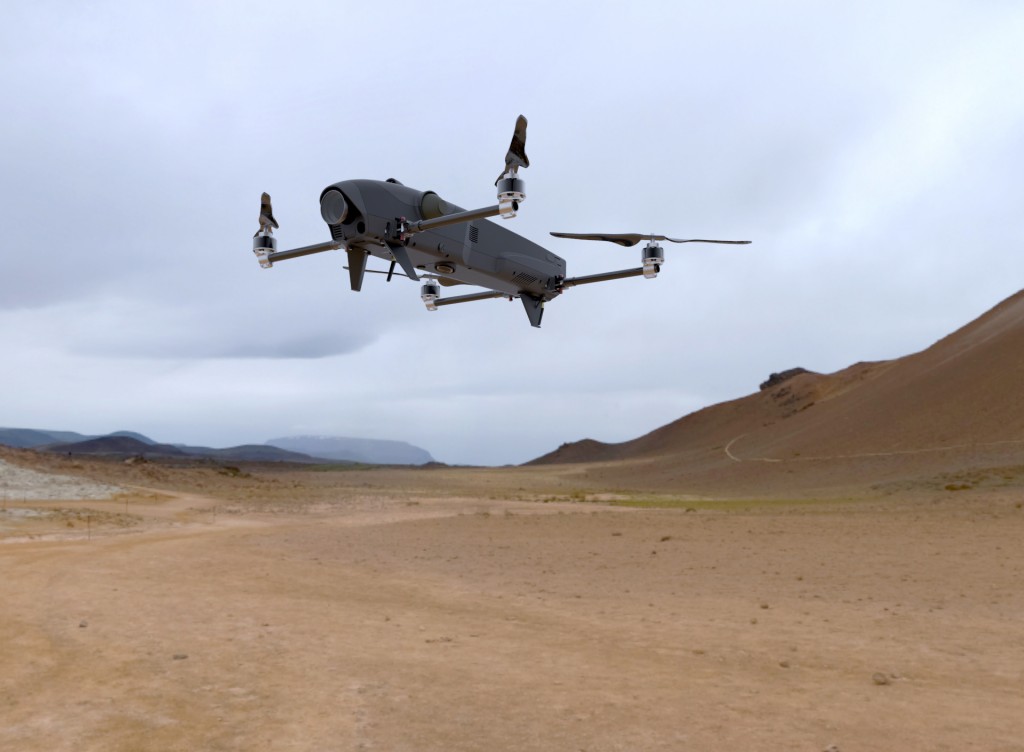 Israel Aerospace Industries (IAI) unveiled for the first time on Sunday its new fleet of drones, which it says will change the face of modern warfare.

Some of the drones have been sold to foreign militaries (though IAI would not name them), and the IDF is interested in purchasing the so-called “suicide drones,” a company executive said.

The cost of the IAI product, which has been named Rotem, a Hebrew acronym for “attack and suicide drone,” can run tens of thousands of dollars.

The aircraft can hover over a spot designated by soldiers on tablet computers and under their command attack a target with grenades. A soldier can carry up to two such drones on his back.

The drone can also carry cameras which soldiers can use to designate an automatic flight path. The aircraft can then be returned by pressing a “back” button.

The IAI presented several kamikaze aircraft to reporters during a tour on Sunday. Among the models presented were the Harpy and the Harop, each a cross between an aircraft and missile which can fly at high speeds.

“The aircraft sees its target, homes in on it and also destroys it,” the executive said. He declined to comment on recent reports that the Azeri army used the Harop to attack an Armenian convoy during fighting in the separatist enclave of Nagorno-Karabakh.

The Harop is an unmanned kamikaze aircraft that various reports say is in use in India, Israel and Azerbaijan. It can carry 15 to 33 pounds of explosives and can hover in the air for up to seven hours. If the aircraft has not attacked a target, it can land on a net and be used in the future. Hundreds of Harop and older Harpy models have been sold around the world, the executive said.