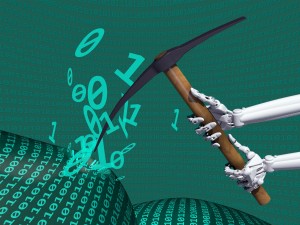 Government and businesses in Israel were preparing Thursday for an annual cyber-attack organized by international hacker group Anonymous – or those purporting to act in their name – which for the past four years on April 7th has directed a large number of attacks on Israeli networks and servers. The organized attack, called OpIsrael, targets sites, databases, and internal networks belonging to the government, the IDF, and large and small businesses.

The group also attempts to steal data and reveal it to the public, WikiLeaks-style, and last year hackers were able to crack into a database that included the personal details of several hundred government workers. They were also able to get into the database of a credit card company and steal information relating to about 10,000 clients.

According to the hacker group, hackers had disabled 55 Israeli sites, including several belonging to the IDF, and several government sites. A cursory check of many of the sites indicated they were still working, although some were very slow to respond.

Anonymous is an amorphous collection of self-proclaimed “political hackers” who have taken credit for cyber-attacks in numerous countries in response to a wide variety of issues; groups claiming to be associated with Anonymous have attacked sites and businesses in the U.S., China, Iran, Syria and many other places. The organization has no identifiable structure or leadership, and it is thought that many of those who claim to be part of Anonymous are self-proclaimed.

On Thursday, there were reports of disruptions at several sites as hackers mounted Denial of Service (DDOS) attack, in which they attempt to overload servers with requests to the point where they shut down because they run out of memory. Most essential sites have mirrored backups and other mechanisms that enable them to restore service immediately.

Speaking at a recent cyber-security event, Prime Minister Binyamin Netanyahu touted Israel’s accomplishments in the area of cyber-security, stating that Israeli innovations were responsible for 10 percent of global cyber-security sales in 2015.