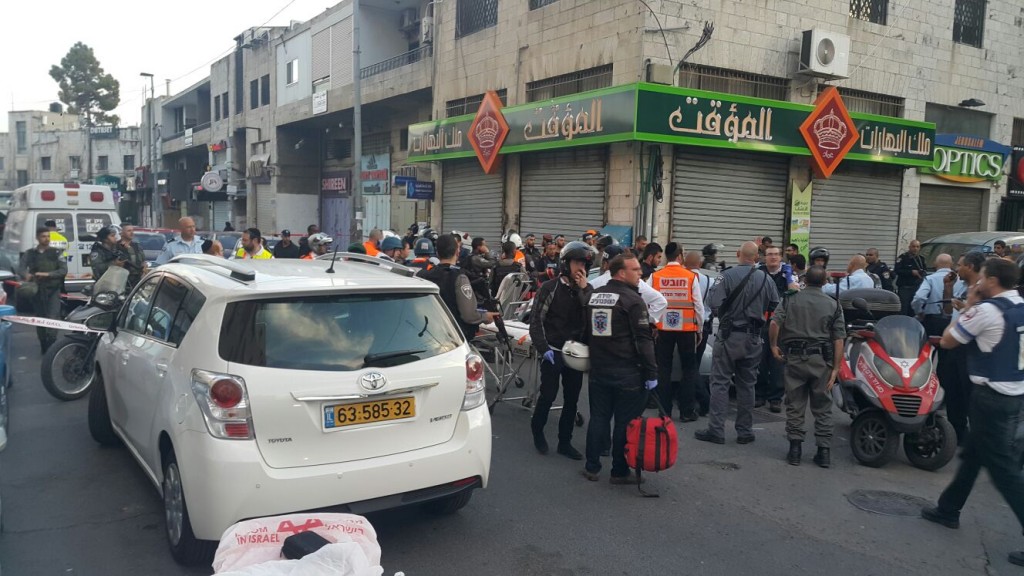 Two police officers were injured in a shooting attack in the Damascus Gate area of Yerushalayim’s Old City Tuesday afternoon. An Arab opened fire at police, injuring two officers. Officers shot back at the Arab, neutralizing him. Police were investigating the possibility that there was a second terrorist involved.

One officer was in a very serious condition and the other was in a moderate condition. They were both treated at the scene of the attack and later taken to the Hadasah Ein Kerem Hospital.

On Tuesday morning, security officer prevented a terror attack outside the Damascus Gate in Yerushalayim. The soldiers shot and killed a female terrorist who was brandishing a knife. No Israelis were injured in that incident.

Earlier, an Israeli man was stabbed in his upper body, at the entrance to a store on Habaron Street, near the Petach Tikvah market. He was lightly to moderately wounded. He was treated at the scene of the attack and was later taken to the Beilinson Hospital in Petach Tikvah, in a stable condition.

Using the knife of his attacker, the Jewish man stabbed the Arab, who later died of his wounds.