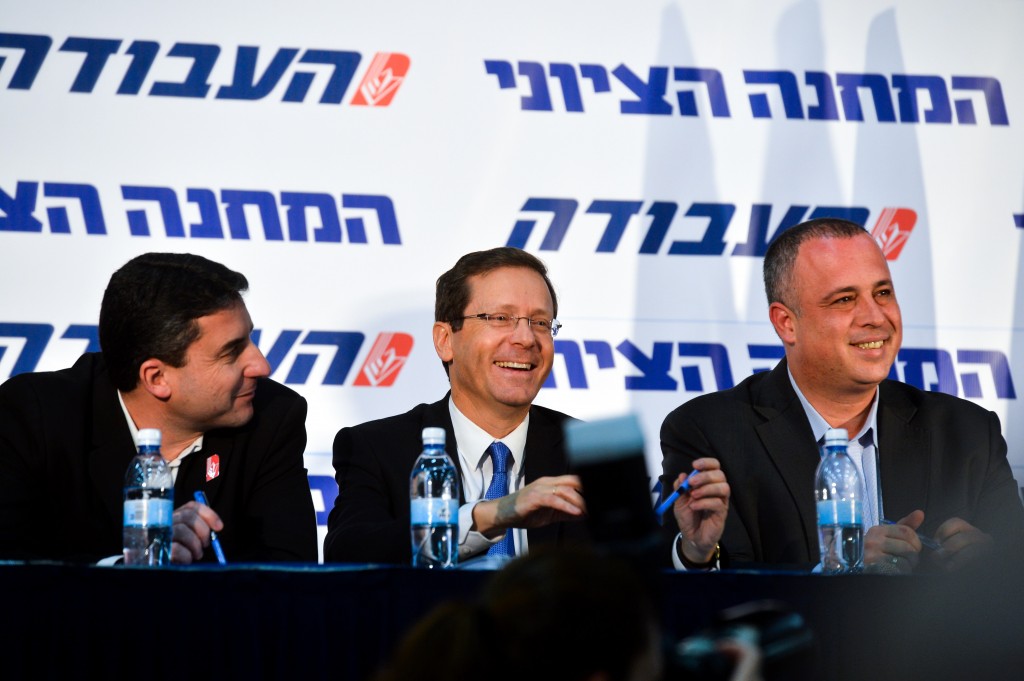 The primaries for the Zionist Camp (Labor) party will be postponed to an unknown date, to be decided not before May, after a smattering of party members approved the change at a meeting of party activists and MKs Sunday night. Among the decisions at the meeting was the approval of a “separation plan” proposed by party head Yitzchak Herzog, who called for members to approve the plan and “return the party to the path of the Labor Party of Ben Gurion and Rabin.”

Political analysts said that Herzog, who had been facing a challenge from MK Shelly Yachimovich for leadership of the party, had “pulled a fast one” by adjusting the schedule of discussion on the event’s agenda. Instead of leaving the primary issue until the end – guaranteeing a loud argument between those who wanted to have elections immediately, and Herzog, who prefers to wait – the primary issue was taken up first, as soon as there was a quorum.

“Other than Herzog, there were no MKs in the room at the time – just he and his supporters,” said Channel One’s political analyst. “The term ‘stolen’ comes to mind. You could just imagine the media outburst if Binyamin Netanyahu had tried something like this, but here, not a word.”

Neither did the Yachimovich faction dispute the results when it became clear what had happened. Later, as the room filled, the main subject of the evening was brought up: A “separation plan” that Herzog plans to present as his party’s solution to the terror wave that Israel has been experiencing in recent months. In a herculean effort to display party unity, members and MKs approved Herzog’s new plan unanimously – with everyone in the room voting for it. Yachimovich herself was not present for the vote, having left to attend a memorial for late MK Uri Orbach, a”h.

Herzog’s plan is basically an extension of the ones devised by previous Prime Ministers Ehud Olmert and Ariel Sharon: Complete the construction of the security fence around settlement blocs, with the intention of annexing them, and abandon Area B – currently under Israeli military control – to the Palestinian Authority. Arab villages in the area would be zoned out of Yerushalayim, and would be transferred to civilian control of the PA, which could declare its capital there if it wanted. In any event, the IDF would remain in charge of all of Yehudah and Shomron. “We have learned the lesson of the disengagement from Gaza, which was the Likud’s doing,” said Herzog, referring to the use of Gaza as a base to attack Israel with missiles.

Herzog attacked Netanyahu, saying that “he does not want to separate from the Palestinians, He is afraid of the ‘messianists’ on the right, those who want the Jews to drown in a majority Arab state. I heard this morning [Jewish Home Minister] Uri Ariel say he wanted to annex lands and absorb more Palestinians into Israel. Are you crazy? Do you want even more terror attacks?” The right, he added, “so wishes that the two state solution will die – but it will not, because it is the only solution.”