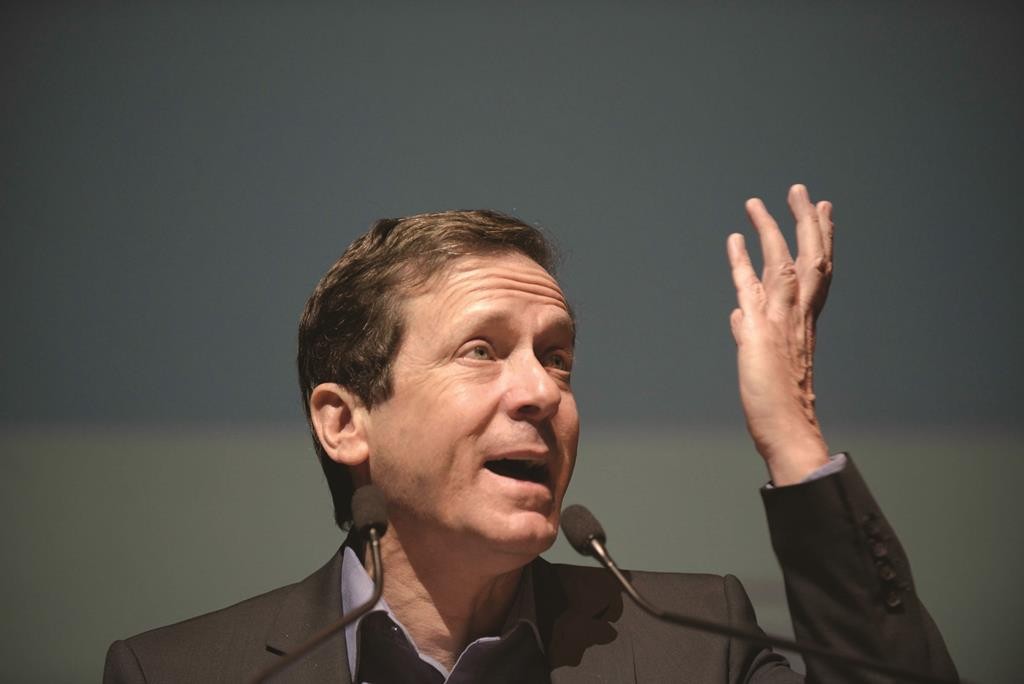 Prime Minister Binyamin Netanyahu is not the only one who believes that peace talks with the Palestinians is a non-starter at this time. In a speech at a defense conference on Tuesday, Zionist Camp head Yitzchak Herzog agreed that the two-state solution “has no chance of being implemented in the near future.”

Despite his agreement with Netanyahu on this point, Herzog still found plenty of reasons to criticize the current government – as well as the government of Palestinian Authority chief Mahmoud Abbas. “Neither has the leadership qualities, the strength, or the courage to agree to painful concessions – the only way the two state solution can be implemented. Both are being controlled by radical elements, who hold each on puppet strings. Each is a mirror image of the other – both are frightened, panicky, and desperate to remain in power at all costs,” according to a transcript of Herzog’s speech at the Institute for National Security Studies.

“It appears that it is impossible to implement a two state solution today,” Herzog said. “Let me be clear – I am committed to that result, but not at any price. I want negotiations, I want an agreement and I am committed to achieving one. But both leaders are afraid to move – they are being restrained by the extreme elements on each side. They tell us that the two-state solution is dead – but I say it is not. But it will not happen tomorrow.”

In the speech, Herzog admitted to a fact that he has denied until now – that he had seriously discussed joining Netanyahu’s government. “There was a moment after the election when I felt it would be proper to examine whether I could work with Netanyahu to make a dramatic change that would bring a solution closer. But he is afraid to change – there is nothing to be done with him, and there will be no progress with him at the helm. Netanyahu is following the tune of the right because he is afraid of them.”